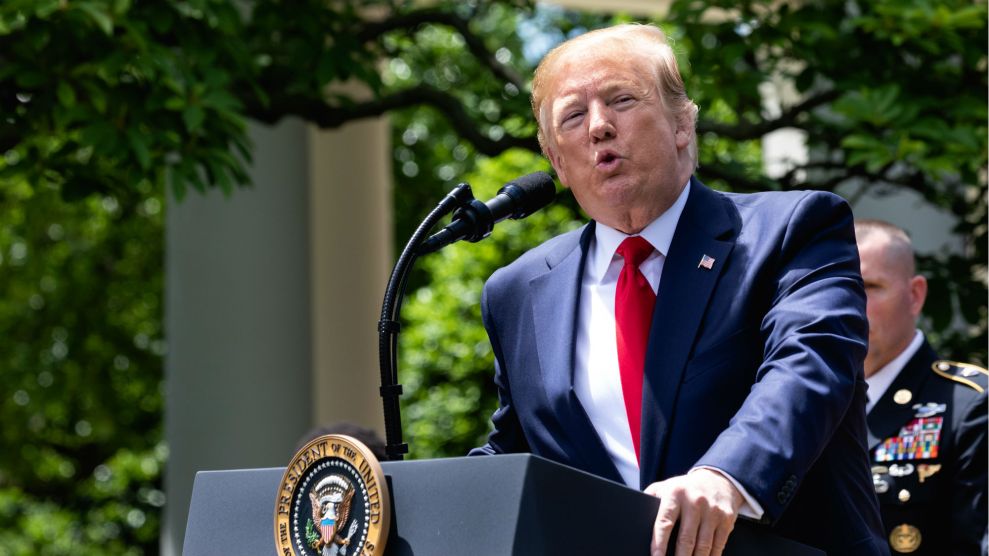 The Democratic chair of the House Ways and Means Committee issued a subpoena on Friday for President Donald Trump’s tax returns—escalating the democrats’ years-long effort to unveil Trump’s taxes.

“I do not take this step lightly.”

Chairman Richard Neal (D-Mass.), who has unilateral subpoena power as the committee’s leader, took the step after Treasury Secretary Steven Mnuchin refused earlier this week to release six years of Trump’s tax returns in response to a request by Democrats. In their ask, Democrats had cited a nearly century-old and rarely-used law stipulating that the House Ways and Means chairman can request any person’s tax information, and that the Treasury department “shall furnish” them to Congress. Some interpretations of the law add that the committee should have a legitimate legislative purpose for requesting this information. Mnuchin rejected Democrats’ request after weeks of delay and deliberation, sharing his determination that the committee “lacks a legitimate legislative purpose.”

In response, Neal turned to the committee’s lawyers to recommend a response. “Upon the advice of counsel, I issued subpoenas today to the Secretary of the Treasury and the Commissioner of the IRS for six years of personal and business returns,” Neal wrote in a Friday statement.

The top Republican on the House Ways and Means committee, Rep. Kevin Brady, on Friday called Democrat’s efforts to obtain Trump’s taxes “illegitimate” and politically-motivated in a letter to Neal. He called the subpoena an example of Democrats’ “coordinated attempt to weaponize the tax code and use Congress’s legitimate oversight authority for political gain.”

Neal’s subpoena request gives the Treasury department until 5 PM on Friday to send Trump’s taxes to Congress. Even if the agency complies, there’s no guarantee that the documents would be made available to the public. The request asks for Trump’s personal taxes and some of his business returns from 2013 through 2018.

This subpoena sets up what could become a protracted legal fight: If the administration reject’s Neal’s subpoena, as is widely expected, Democrats will be forced to wage a court battle seeking Trump’s taxes—one that could end up before the Supreme Court.