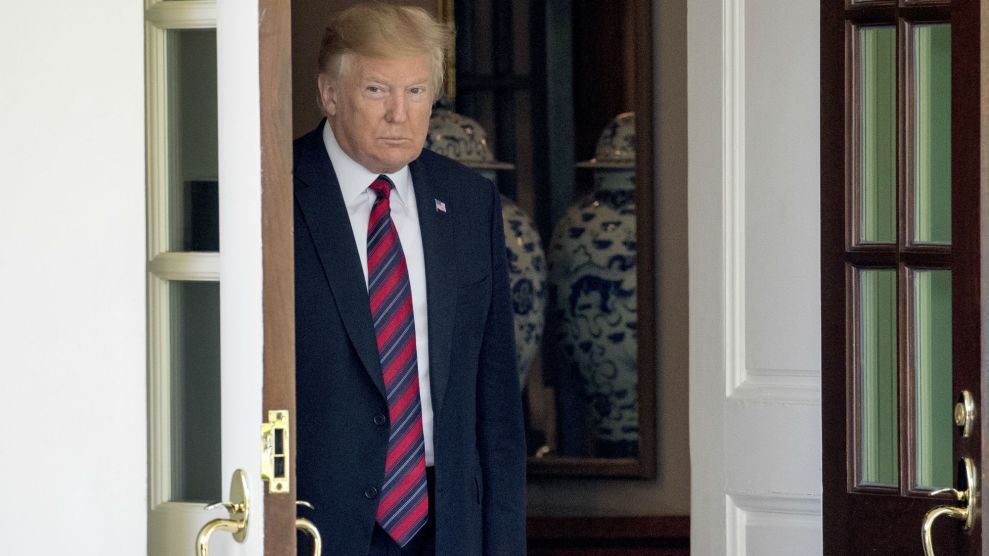 According to the disclosure, Trump borrowed between $5 million and $25 million from Professional Bank, a small Florida outfit that specializes in construction and real estate loans. He borrowed the money at 4.5 percent interest through a limited liability company called 1125 South Ocean LLC. The loan was used to finance the purchase of 1125 South Ocean Avenue, a mansion located next door to Trump’s Mar-a-Lago club and owned by the president’s sister, Maryanne Trump Barry. Last year, Palm Beach-area newspapers reported that Trump’s sons, Donald Jr. and Eric, had purchased Barry’s property for $18.5 million. But Trump’s financial disclosure indicates that in fact he controls the company behind the transaction. Though assets and liabilities are reported in ranges on financial disclosure forms, land records show that the value of Trump’s newest loan $11.2 million.