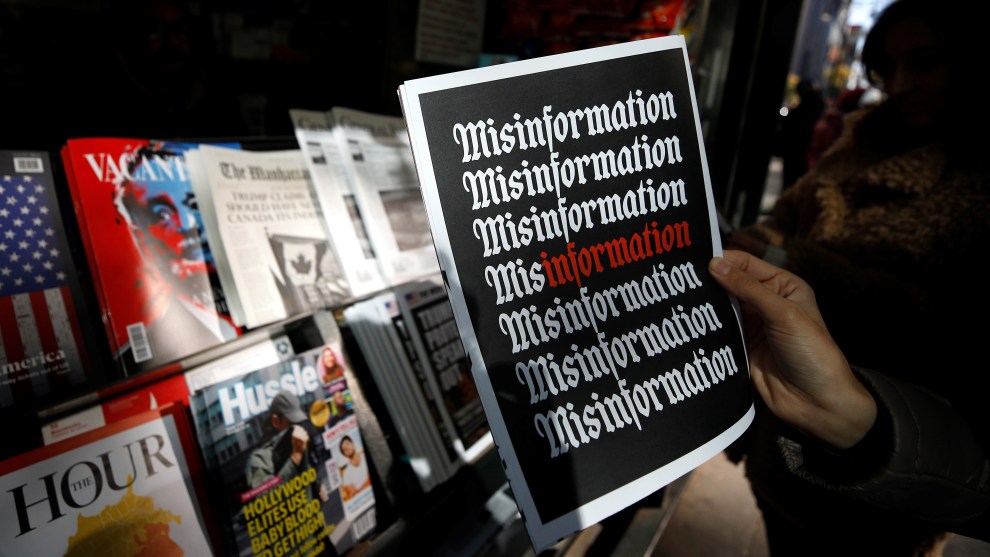 More and more advertising money is being funneled away from legitimate news websites and to click-bait ad farm sites that spread hyper-sensational, misleading, and sometimes outright false news, according to a new report from the Global Disinformation Index (GDI), a coalition focused on assessing the damaging impacts of disinformation.

“Low-quality online outlets are siphoning ad money away from quality ones.”

“Disinformation actors are gaming the online advertising system for a quick dollar. A system developed to help advertisers reach their audiences more effectively is being abused for money by those who want to disinform,” said Clare Melford, GDI’s executive director.

The conclusions reached by GDI suggest that major brands’ advertisements are unwittingly fueling the disinformation ecosystem. While many groups and individuals spread inaccurate stories online to influence, manipulate, or troll the public in service of a political goal, others are simply in it for the money. Companies, often without realizing, will purchase ads that end up placed on sites that get high volume by pumping out low-quality and misleading news, inadvertently funding them and incentivizing the spread of misinformation for profit-seeking click bait groups.

The hyper-polemic stories that both categories of sites push out, GDI found, often garner much higher rates of traffic than less sensational, reported news stories because they are “generally unconstrained by truth or reality” and “their focus on negative emotions” can drive rage clicks.

“Low-quality online outlets are siphoning ad money away from quality ones and the audiences they attract,” GDI wrote in its study. “The result is that there has been—and will continue to be—a sharp drop in revenue to quality news publishers. Not only has the increase in disinformation overwhelmed the spread of high-quality information, it has also made quality journalism less financially viable.”

Despite their findings and analysis, the full scope of the problem isn’t yet clear. In their report, GDI noted that currently, “there are no reliable estimates of the size of the disinformation market in terms of the ad dollars and merchandise that support it,” though the organization says it plans to attempt an approximation.

While the report may be one of the first to study how brand advertising enables the spread of false news stories, previous reporting has shown how political sites pumping out misinformation, both in the U.S. but also as far away as Eastern Europe, have profited at the edge of America’s political news economy. Shortly before the 2016 election, Buzzfeed, for example, reported on teens in Macedonia who purportedly made thousands of dollars pushing mostly false stories about Trump on Facebook.

Major technology companies like Facebook—whose algorithms have fueled the rise of misleading and hyper-polemic news sites—and Google have eaten up increasing shares of advertising revenue that was previously spread across media companies. With some of what’s left being funneled into low-quality news sites, reputable media businesses have faced enormous financial challenges. Since the start of 2019 alone, media companies have cut thousands of staffers as they struggle to stay profitable.