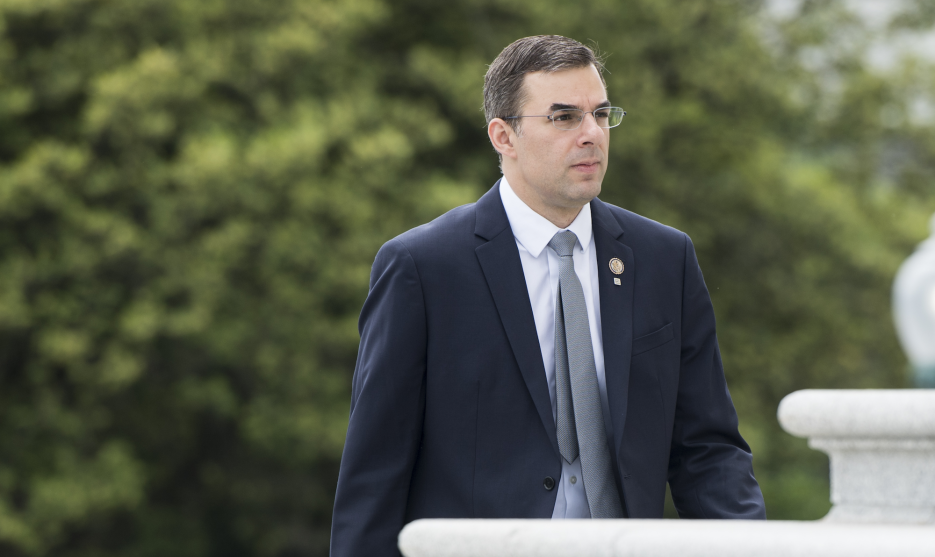 On Saturday, Rep. Justin Amash (R-Mich.) became the first Republican in Congress to declare that President Donald Trump’s conduct in office had reached the “threshold for impeachment.” Since he made the bold statement, the president has already labelled Amash a “loser,” and the congressman’s judgement has been dismissed by top Republicans eager to undercut the importance of his announcement.

“This is exactly what he wants, he wants to have attention,” House Minority Leader Rep. Kevin McCarthy told Fox News. He also claimed that Amash’s libertarian-leaning, conservative voting record was more aligned with Nancy Pelosi’s agenda than that of the Republican party.

By Monday morning, the Michigan Republican was facing a newly-announced primary challenge from Jim Lower, a Trump-supporting GOP member of Michigan’s state house.

Amash is so far holding his ground in the face of fresh criticism from his Republican colleagues, and the new electoral threat. On Monday, Amash took to social media to outline why he believed Trump’s defenders are misguided to defend him from charges of obstructing justice:

1. They say there were no underlying crimes.

He continued by dismantling other popular arguments against initiating impeachment proceedings, including the false assertion that “high crimes and misdemeanors” required a statutory crime.

In fact, “high Crimes and Misdemeanors” is not defined in the Constitution and does not require corresponding statutory charges. The context implies conduct that violates the public trust—and that view is echoed by the Framers of the Constitution and early American scholars.

It’s unlikely that any explanation Amash provides will spark a watershed moment for the Republican party. But his rare, clearly well-thought-out remarks have renewed speculation that he may seek to challenge Trump as the Libertarian party’s 2020 nominee. “I would never rule anything out,” Amash told Jake Tapper in March.

“That’s not on my radar right now, but I think that it is important that we have someone in there who is presenting a vision for America that is different from what these two parties are presenting.”