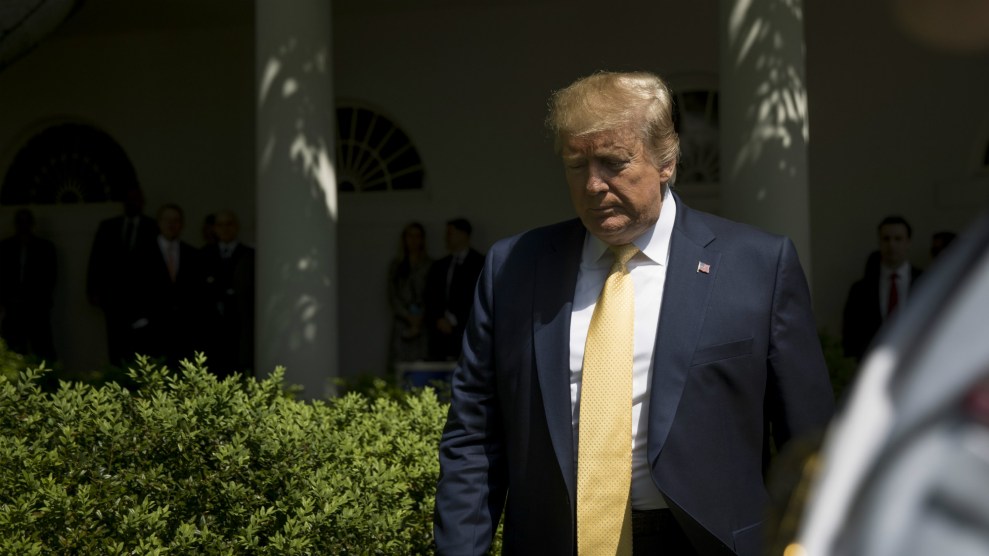 President Donald Trump is facing a new threat to his ongoing effort to keep his tax returns hidden from Congress. Just days after Treasury Secretary Steven Mnuchin refused—in apparent violation of federal law—to give Trump’s tax filings to a congressional committee, lawmakers in Trump’s home state stepped in with a possible solution. On Wednesday, the New York state Senate passed a bill that would allow state officials to provide Congress with the state tax returns of seven different types of state and federal elected officials—including the president.

Federal tax law already allows congressional tax committees to obtain a copy of any American’s tax returns—and such a request has been made by the Democratically controlled House Ways and Means Committee. But on Monday, Mnuchin said he would not permit the Internal Revenue Service to comply. The committee requested the documents as part of what members said was an investigation into how the IRS audits presidents, but the administration has argued that the move was an unfair, politically motivated attempt to embarrass the president.

Trump is the first major-party presidential nominee since Gerald Ford not to publicly release any of his returns—though some of his tax information has leaked out over the years. On Tuesday, the New York Times reported that it had obtained some of Trump’s tax data from the 1980s and 1990s, which revealed that Trump reported to the IRS that he had personally lost more than $1 billion, effectively erasing his tax liabilities at the time. Trump seemed to acknowledge this on Twitter Wednesday, explaining losses like those he claimed were a common “tax shelter” for people in real estate. (He nonetheless called the story a “highly inaccurate Fake News hit job!”)

….you would get it by building, or even buying. You always wanted to show losses for tax purposes….almost all real estate developers did – and often re-negotiate with banks, it was sport. Additionally, the very old information put out is a highly inaccurate Fake News hit job!

If passed by the state Assembly and signed by Gov. Andrew Cuomo, the New York Senate’s legislation could, theoretically, provide congressional Democrats in Washington, DC, with another avenue to obtain some of Trump’s tax filings. However, Trump would likely challenge such a law in court.

A number of other states are pursuing their own attempts to force Trump to reveal his tax returns. That includes California, where the state Senate recently passed a bill requiring presidential candidates to disclose their tax returns in order to appear on the ballot.