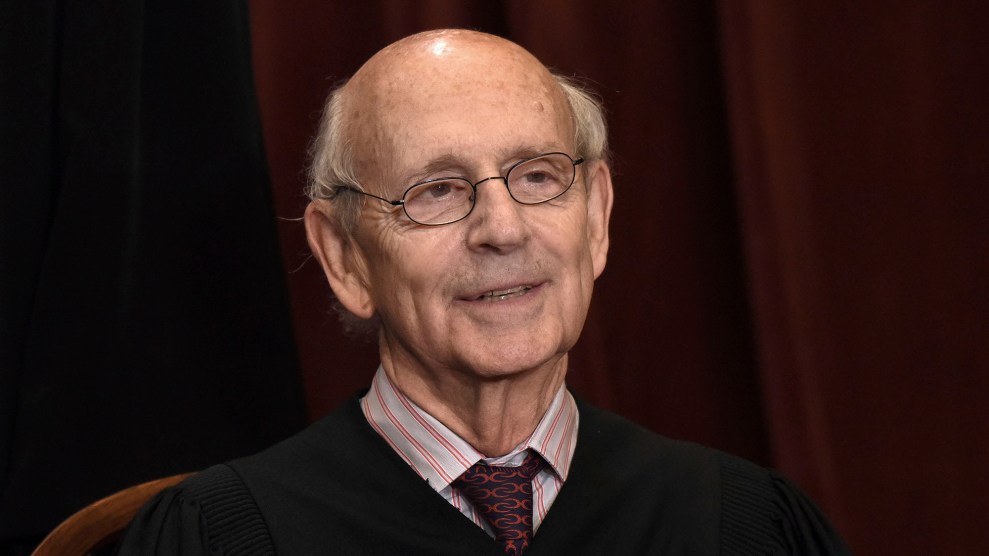 When the Supreme Court voted Monday to overrule 40-year-old precedent in favor of political belief, Justice Stephen Breyer used his dissent to issue a warning about potential judicial challenges to Roe v. Wade, the landmark 1973 ruling that affirms a woman’s right to an abortion.

In Monday’s case, Franchise Tax Board of California v. Hyatt, the Supreme Court voted 5-4 to overrule Nevada v. Hall, a 1979 decision that allowed an individual to sue a state in the courts of another state. While the conservative judges voted in favor of states’ rights, Breyer argued that “stare decisis requires us to follow Hall, not overrule it.”

In his dissent, Breyer cites Planned Parenthood v. Casey, a 1992 Supreme Court ruling that upheld Roe v. Wade on the basis of precedent. Then, Breyer issued what many are viewing as a warning given recent legislation restricting abortion in states such as Ohio and Georgia, calling the disregard for states’ right precedent “dangerous.”

“The majority has surrendered to the temptation to overrule Hall even though it is a well-reasoned decision that has caused no serious practical problems in the four decades since we decided it,” Breyer wrote. “Today’s decision can only cause one to wonder which cases the Court will overrule next.”