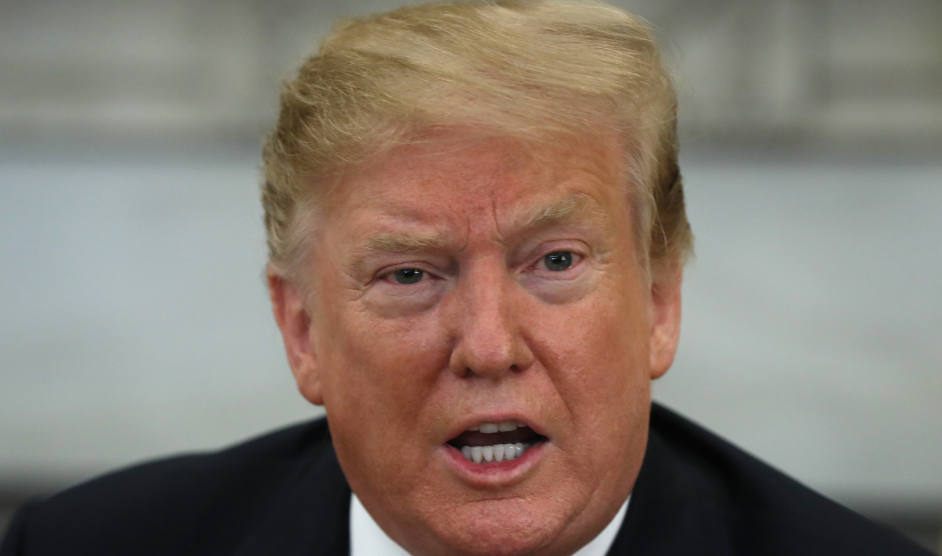 Let our journalists help you make sense of the noise: Subscribe to the Mother Jones Daily newsletter and get a recap of news that matters.
Stock markets across the globe fell sharply after President Donald Trump’s abrupt announcement late Thursday that he planned to impose new tariffs on “every single good coming into the US from Mexico” until his administration was satisfied with Mexico’s work to reduce the number of migrants coming in from the southern border.
The Mexican peso suffered its greatest loss in seven months, tumbling more than 3 percent on Friday. According to the Wall Street Journal,  Japan’s Nikkei fell by 1.6 percent. The Dow Jones Industrial Average and S&P are expected to fall around 1 percent. The reaction from international markets, however, did not appear to have an effect on the president. As stocks tumbled, Trump tweeted:

Mexico has taken advantage of the United States for decades. Because of the Dems, our Immigration Laws are BAD. Mexico makes a FORTUNE from the U.S., have for decades, they can easily fix this problem. Time for them to finally do what must be done!

In a two-page letter addressed to Trump that cautioned against an “America First” agenda, Mexican President Andrés Manuel López Obrador slammed the tariffs, which are set to begin June 10 and potentially rise to a staggering 25 percent. “With all due respect, although you have the right to express it, ‘America First’ is a fallacy because until the end of times, even beyond national borders, justice, and universal fraternity will prevail,” López Obrador wrote.
Both Republicans and Democrats in Congress condemned Trump’s latest immigration threat. Many, including Rep. Justin Amash (R-Mich.), questioned whether Trump fully grasped the fact that Americans—not Mexicans—would ultimately be punished under the new tariffs.

How many times will Congress let the president unilaterally raise taxes on Americans? All the times. https://t.co/hJtaKly92K

Dear America, get ready to pay more for pretty much everything until Mexico solves a problem that no country in the world has ever been able to fix. https://t.co/RVdNcxiDHx

Sen. Chuck Grassley (R-Iowa), the chairman of the Senate’s Finance committee, went one step further, calling the plan a “misuse of presidential tariff authority.” He also warned that it could upend the passage of the revised NAFTA agreement, USMCA.

“I support nearly every one of President Trump’s immigration policies,” Grassley said in a statement, “but this is not one of them.”

The sudden announcement, a likely effort to reinvigorate the president’s base, came just days after special counsel Robert Mueller staged an unprecedented press conference in which he declined to exonerate the president of obstructing justice in the Russia probe.

When asked about the tariffs hurting US consumers, White House Acting Chief of Staff Mick Mulvaney offered this response on Thursday: “Americans are paying this right now, illegal immigration comes at a cost, the American taxpayer is paying for what’s going on at the border.”