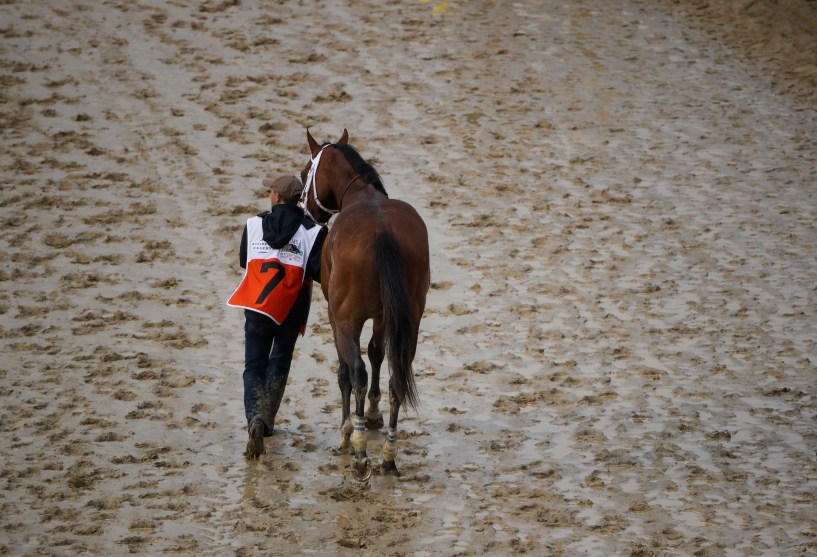 Donnie from Queens, you’re on WFAN:

The Kentucky Derby decision was not a good one. It was a rough & tumble race on a wet and sloppy track, actually, a beautiful thing to watch. Only in these days of political correctness could such an overturn occur. The best horse did NOT win the Kentucky Derby – not even close!

(This replaced an earlier tweet that was identical but for the president’s having spelling Kentucky “Kentuky.”)

He is referring to the unsatisfying conclusion of Saturday’s muddy Kentucky Derby, in which a replay review voided Maximum Security’s apparent victory, giving the win to 65-to-1 long shot Country House. The knowing coves all say it was the correct call, that the stewards would’ve made the same call had the race been a Wednesday maiden claimer at Del Mar and not the crown jewel of the sport of kings.

Trump is having a dumb laugh here, in that barking-seal way of his, and he’s wrong on the merits besides. But as ever his instinct is unerring for harnessing the inchoate discontents of millions of Americans to the structures of reactionary thought. Replay is a scourge; it’s reduced sports to the captious overprecision of law school and certain bar trivia nights. Witness the NBA playoffs, which have become an exercise in post hoc pettifogging by teams and media and even some wayward fans. And the crowd goes ahem! It is incumbent upon replay haters of the left not to let the president seize the beachhead here. Progressives must make the issue theirs. It’s about consumer rights, about the freedom enjoyed by league monopolies to degrade their product unto hideousness. It’s about worker rights, about the ever-fattening layer of middle-management anal retentives, hired to judge the labors of talented individuals. Alert Liz Warren’s policy shop. Get Beto on a table outside the Toyota Center. Put a microphone in the infield of Churchill Downs and see if Mayor Pete wanders over. Don’t let Trump have this one.