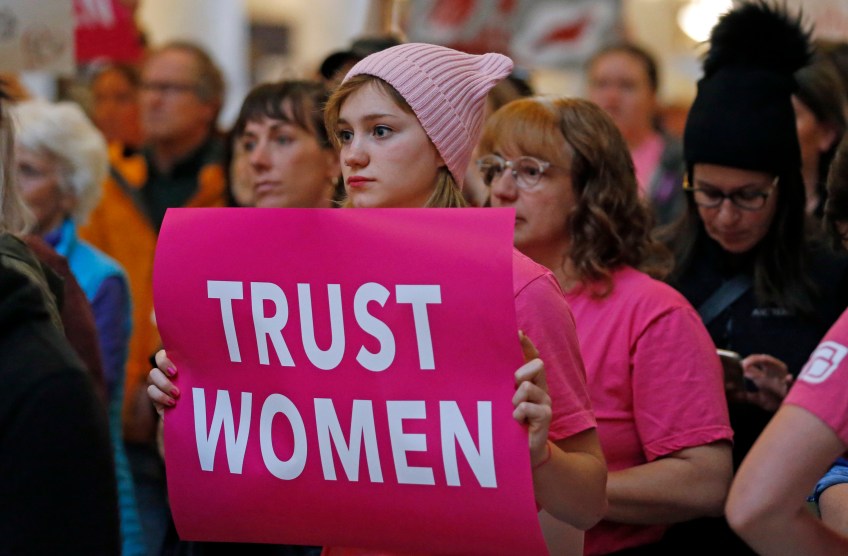 On Tuesday, the American Medical Association (AMA) sued the state of North Dakota, alleging that the state’s anti-abortion law passed earlier this year should be struck down because it forces doctors “to provide patients with false, misleading, non-medical information about reproductive health.” The lawsuit is being filed in partnership with the Center for Reproductive Rights and the Red River Women’s Clinic—the only abortion clinic remaining in North Dakota.

Earlier this year, North Dakota voted to approve a compelled speech law, which would require physicians to tell patients that medication abortions may be “reversed”—a controversial claim which has never been scientifically proven. The lawsuit is seeking a preliminary injunction in order to prevent the law from going into effect at the beginning of August.

“The patient-physician relationship is the cornerstone of health care, and depends upon honest, open conversations about all of a patient’s health care options,” AMA President Patrice A. Harris said in a statement. “North Dakota’s law undermines this relationship by requiring physicians to mislead and misinform their patients with messages that contradict reality and science.”

“Lawmakers are forcing falsehoods and propaganda into the mouths of physicians against their will.”

The lawsuit is also challenging an existing law which requires that physicians tell patients that abortion terminates the “the life of a whole, separate, unique, living human being.”

“Lawmakers are forcing falsehoods and propaganda into the mouths of physicians against their will, effectively forcing them to violate their ethical obligation to do no harm,” said Nancy Northup, president and CEO of the Center for Reproductive Rights. “The First Amendment prohibits the government from hijacking the doctor-patient relationship to advance a political agenda.”

In the lawsuit, the plaintiffs argue that these compelled speech laws violate the First Amendment rights of physicians by forcing them to tell patients non-medical information, an argument they have recent precedent for. In the Supreme Court’s last term, it upheld the right of free speech in a patient-physician relationship in National Institute of Family & Life Advocates v. Becerra. The court argued that California could not compel anti-abortion crisis pregnancy centers to disclose information about abortion and contraceptive services, because the government does not have the right to regulate speech between doctors and patients based on the viewpoint of the speaker or in order to promote non-factual or controversial information. While the plaintiffs in that case were an anti-abortion group, the AMA and Center for Reproductive Rights argue in their lawsuit that the same interpretation should exist in this case.

“Compelled speech laws not only force physicians to provide patients with government messages with which they disagree (like the law at issue in NIFLA),” the complaint reads, “but the laws also compel physicians to personally speak these government-sanctioned messages.”