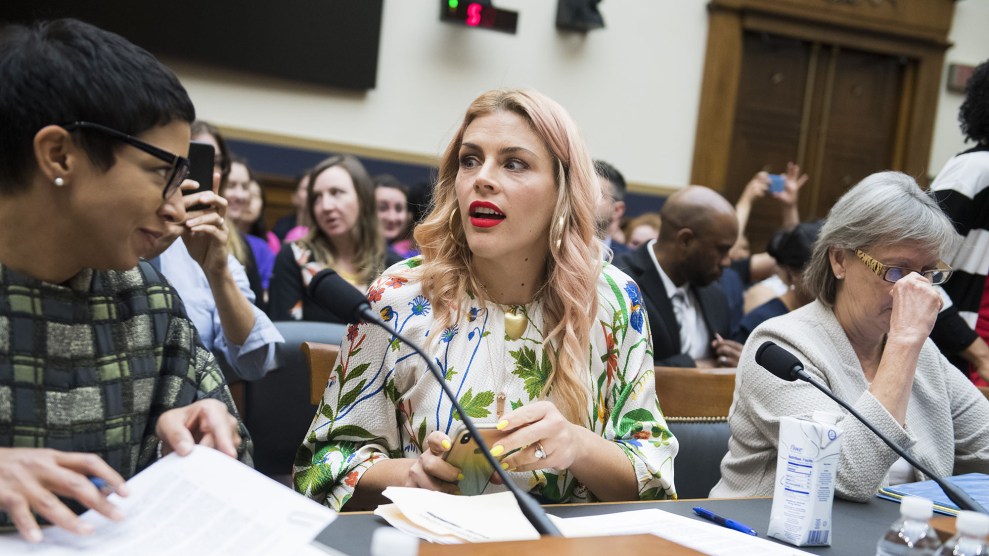 The House Judiciary Committee held a hearing on threats to reproductive rights Tuesday. This follows a spate of new laws restricting abortion access that have been recently passed in state legislatures emboldened by the conservative majority in the Supreme Court. For two hours, lawmakers heard from physicians and legal experts explaining the need for safe and legal access to abortion, while others from the anti-abortion movement emphasized the value of the new laws.

Dr. Yashica Robinson, an ob/gyn who provides abortion care in Alabama, spoke out against the state’s recent near-total ban on abortion, which threatens to send abortion providers to prison for 99 years. “HB 314 is blatantly unconstitutional, and would force doctors like me to choose between what is ethically, medically appropriate care, and being criminalized,” she said. “There is no other area of medicine where we have legislation threatening physicians with criminal prosecutions for simply doing their job.”

Melissa Murray, an NYU law professor and a former clerk of Supreme Court Justice Sonia Sotomayor, said that the Supreme Court has consistently upheld the constitutional right to an abortion since Roe v. Wade was decided in 1973. “Despite these longstanding precedents, state legislatures have continued to test the constitution’s limits by enacting increasingly restrictive abortion laws,” Murray said. “They purport to promote and protect women’s health, but in fact, these laws are part of a larger effort to legislate abortion out of existence through piecemeal attacks.”

Murray went on the describe the ways that reduced access to reproductive rights disproportionately harms marginalized communities, who often must travel great distances for care, or who are unable to afford childcare or time off from work during mandatory waiting periods before abortion procedures.

Actress and reproductive rights advocate Busy Philipps also testified. She spoke of the outpouring of support she received after opening up about her abortion on her late-night talk show, and she stressed the importance of removing the stigma around abortion discussions.

The panel also included two representatives from the anti-abortion movement. Christina Bennett, a pro-life advocate and Christian minister, said that when her mother was pregnant with her, she decided to go through with the pregnancy despite pressure from her father and a physician to have an abortion. Melissa Ohden, a self-proclaimed “feminist for life” said that she was the survivor of her mother’s failed attempt at an abortion. Ohden was born live after her mother received a saline abortion—a rare form of late-term abortion.

“I am alive today because someone else’s reproductive right failed to end my life,” Ohden said.

After Ohden’s testimony, Rep. Louie Gohmert (R-Texas) turned not to Dr. Owen Phillips, an ob/gyn and professor at the University of Tennessee Health Science Center, but to actress Busy Philipps, who was seated to her right.

Gohmert asked Philipps if “somebody who has survived an abortion like Melissa Ohden” also had a right to control over her body.

“Although I play a doctor on television, sir, I am actually not a physician,” Philipps replied, to laughter from the audience.

Watch the entire hearing below.