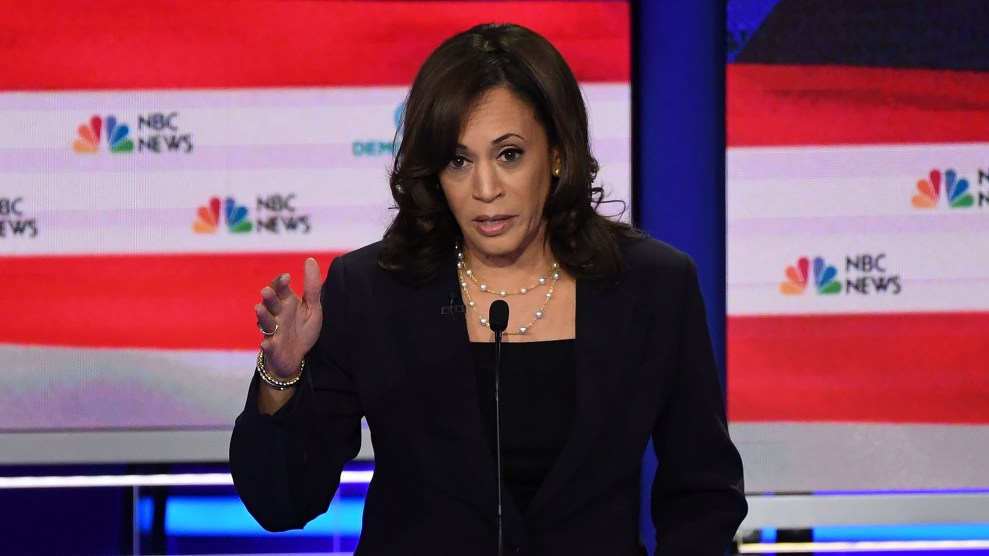 Sen. Kamala Harris’ choice of pronoun resulted in the one of the most viral early moments from Thursday’s second Democratic debate.

When asked what she would do with the thousands of people who seek asylum in the United States every day, the California senator presumed in her response that the next president will be a woman, resulting in sustained applause from the studio audience.

“I will ensure that this microphone, that the president of the United States holds in her hand, is used in a way that is about reflecting the values of our country,” she said. “And not about locking children up, separating them from their parents.”

getting "her hand" tattooed down my spine

"The microphone that the President holds in HER hand . . ." by Kamala Harris got to me more than I expected. #DemDebate2

Harris followed with an extended answer on the trials faced by migrants seeking asylum in the US. Watch her full answer below: