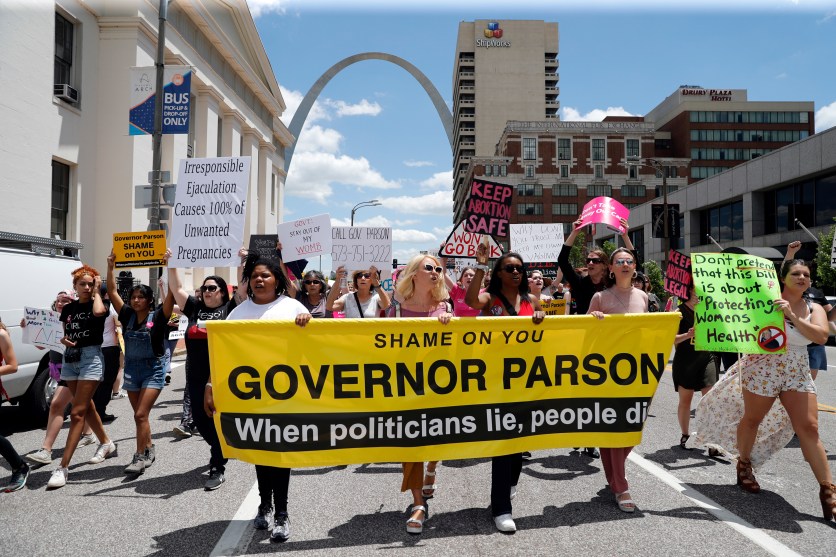 Missouri’s last abortion provider will continue to be able to provide abortion services on a temporary basis after a federal judge granted the clinic a temporary injunction on Monday.

Circuit court judge Michael Stelzer clarified that he has yet to make a final decision on whether or not the Planned Parenthood clinic in St. Louis will be allowed to keep its license, but granted the temporary injunction until the court issues another ruling. He is also directing the state’s Department of Health and Senior Services to make a final decision on whether it wants to approve the clinic’s license by June 21 when the judge has scheduled a final hearing.

State regulators in Missouri claimed that they had “ongoing concerns about potential deficient practices,” going on at the clinic, and demanded to question the doctors working there. When the clinic ultimately declined to force medical staff, most of whom are not Planned Parenthood employees, to sit for questioning, state regulators moved not to renew the clinic’s license when it was scheduled to expire at the end of May, claiming that they could not issue the license until the final audit was complete. Planned Parenthood then sued the state, arguing that Missouri officials had abused their regulatory authority.

“While this is welcome relief for patients and providers at Planned Parenthood, this fight is far from over.”

This is the third time Stelzer has ruled in favor of Planned Parenthood in this case. Last Tuesday, the judge sided with the clinic in one of the central issues of the dispute and agreed that medical staff at the clinic who were not employed by Planned Parenthood should not be forced to submit to questioning from the state. On May 31, the judge granted the clinic its first temporary injunction, allowing the clinic to keep its license the day it was set to expire.

For doctors in the clinic like Dr. Colleen McNicholas, the ruling gives her and her patients a layer of stability during an uncertain time for abortion access in Missouri. “Today’s ruling gives doctors like me the ability to wake up tomorrow and continue providing safe, legal abortion in the last health center in the state that provides abortion care,” McNicholas said in a statement. “For patients, that means, for now, they can continue to make decisions about their bodies, lives, and future in their home state.”

The heightened threat to the last abortion provider in Missouri comes as the state has ramped up other efforts to restrict abortion access. In May, the state passed a “fetal heartbeat” bill which bans abortions as early as six weeks in, often before someone would even be aware that they are pregnant. State regulators and lawmakers have also pushed further restrictions on abortion providers, including rules that require medically unnecessary pelvic exams and regulations that force providers to have admitting privileges at local hospitals.

“While this is welcome relief for patients and providers at Planned Parenthood, this fight is far from over,” McNicholas said. “Abortion access in Missouri is hanging on by a thread and for many, politicians like Gov. Parson have already created an impossible landscape for patients who need access to abortion.”