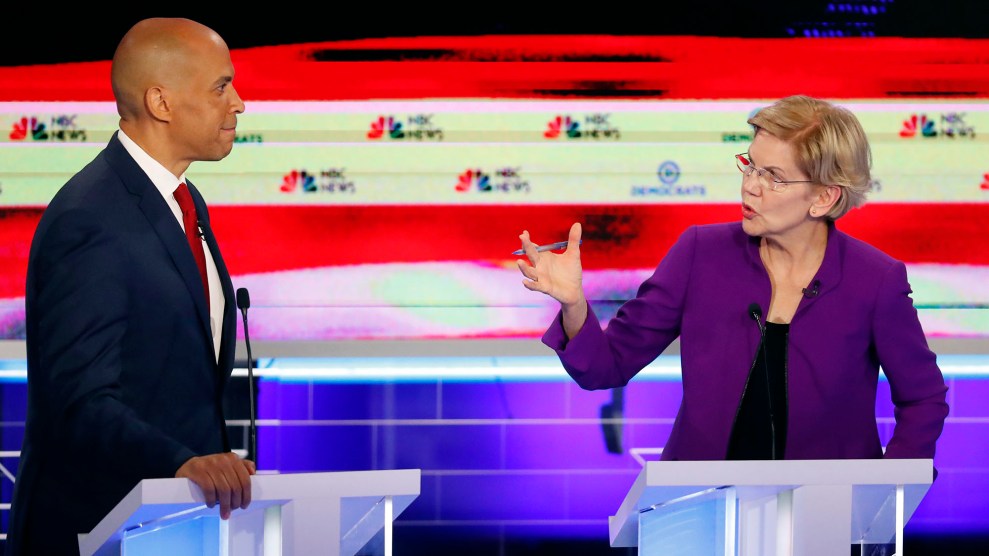 The highest polling Democratic candidate on stage during NBC’s first televised debate of the presidential season got the first question on Wednesday night. Host Savannah Guthrie asked Sen. Elizabeth Warren (D-MA) about the difficulty of implementing her many economic plans and securing the nomination, when most Americans, including most Democrats, think the economy is performing well.

Warren tore into her campaign talking points—with a notable reference to “LatinX” Americans, a word that perhaps no other presidential candidate has ever used on a debate stage.

Warren added that the economy is working for “people who want to invest in private prisons. Just not for African-Americans and LatinX whose families are torn apart, lives destroyed, communities ruined.”