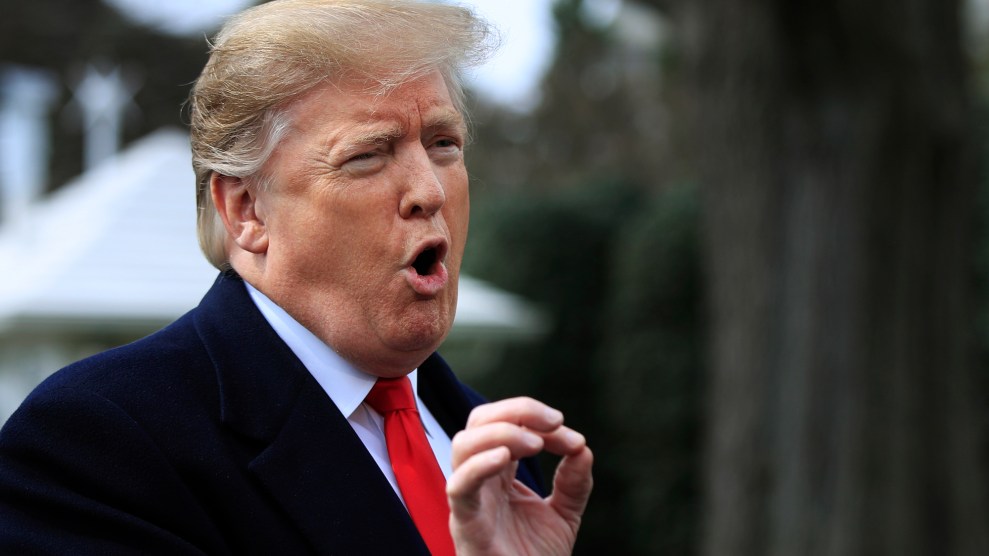 Late Saturday night, President Donald Trump acknowledged that “it is not at all ‘Presidential'” to attack the media the way he had when he criticized MSNBC’s Donny Deutsch, after the news host called Trump a criminal on his Saturday evening show.

I know it is not at all “Presidential” to hit back at the Corrupt Media, or people who work for the Corrupt Media, when they make false statements about me or the Trump Administration. Problem is, if you don’t hit back, people believe the Fake News is true. So we’ll hit back!

He may have quickly (and predictably) justified his lack of presidential decorum, but the rare admission that his behavior might be outside the bounds of what’s normally expected of a president promoted a string of responses on Twitter. Most notably, the tweet gave one of his most outspoken adversaries another ripe opportunity to attack the president’s mental health.

George Conway is a lawyer who is married to Kellyanne Conway, one of Trump’s most trusted and longest serving advisers. But George Conway has spent the past year or so attacking his wife’s boss by suggesting that Trump is mentally ill. He often deploys the hashtag #derangedDonald and frequently refers to portions of the Bible of psychiatric diagnoses, the Diagnostic and Statistical Manual of Mental Disorders also known as the DSM-5 referring to the fifth edition, as context for Trump’s more bizarre behaviors. In response, Trump has dubbed Conway “husband from hell” and a “stone cold LOSER.”

On Sunday morning, Conway matched Trump’s tweetstorm against Deutsch with another thread questioning the president’s mental health. “You’re not “presidential” at all, period,” Conway tweeted. “You’re mentally unwell…Do yourself and the country a favor. Resign and seek the psychological treatment you so obviously need.”

Conway goes on to recommend two books to Trump that attempt to describe his mental state. One of them is Trump on The Couch: Inside the Mind of the President, by Justin A. Frank, a psychiatrist who has made something of a career out of psychoanalyzing presidents including George W. Bush and Barack Obama. In this volume, Frank concludes, “There’s no question that Trump is mentally unfit in ways that make him psychologically unsuited for the presidency; this is in itself a truly alarming turn of events.”

In no small irony, Frank’s book was blurbed by Deutsch, who set off this recent round of presidential tweets in the first place. “Behind all Trump’s tough guy theatrics, his petty cruelties and bloated ego,” Deutsch wrote, “is a tangled knot of pathologies that should terrify us all.”