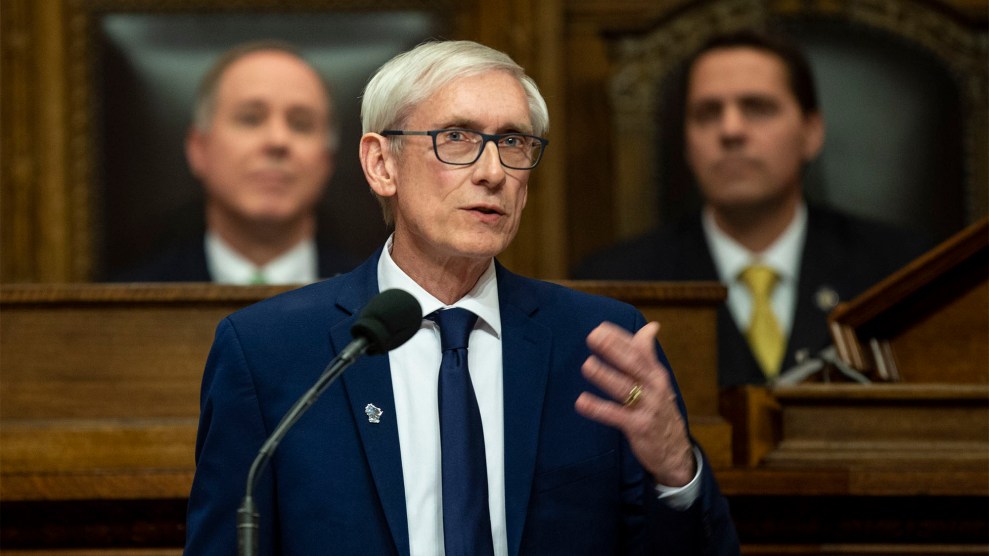 On Friday, Wisconsin’s Supreme Court upheld a move last year by the state’s Republican-controlled legislature to strip power from the incoming Democratic governor, handing a major victory to GOP efforts to entrench their control of the critical swing state.

A month after the 2018 election, Wisconsin’s legislature convened an unprecedented lame-duck session to undercut newly elected Democratic Gov. Tony Evers and Attorney General Josh Kaul. The legislature barred Evers from making administrative changes to state laws and prevented Evers or Kaul from withdrawing from lawsuits initiated by the legislature, such as a multi-state GOP lawsuit challenging the Affordable Care Act. The legislature also cut early voting to dampen Democratic turnout and confirmed 82 appointees of outgoing Gov. Scott Walker, many of them without holding a hearing.

In March, after the League of Women Voters of Wisconsin sued, a Dane County Circuit Court judge invalidated the actions of the lame-duck legislature, finding that neither the legislature nor Walker had properly convened the special session. “There can be no justification for enforcement of the unconstitutional legislative actions emanating from the December 2018 ‘Extraordinary Session’ that is consistent with the rule of law,” wrote Judge Richard Niess.

But Wisconsin’s Supreme Court, which has a 4-3 conservative majority, overruled Niess, writing that the “circuit court invaded the province of the Legislature in declaring the extraordinary session unconstitutional.” (The cutbacks to early voting law were struck down in a separate federal court decision that remains in effect.)

In a dissent, Justice Rebecca Dallet said the legislature had “no authority” to hold the lame-duck session. “The Legislature violated the plain constitutional text, and this court must act as a check,” she wrote.

Evers called the court decision “disappointing and, unfortunately, all too predictable. It is based on a desired political outcome, not the plain meaning and text of the constitution.” He called the actions of the legislature “an attack on the will of the people, our democracy, and our system of government.”

The state supreme court, which has had a conservative majority since 2008, has played a key role in upholding Republican efforts to undercut the democratic process, giving a green-light to new voter suppression laws, the rollback of campaign-finance regulations, and attacks on unions.

Democrats had a chance to regain a liberal majority on the court by winning judicial elections in 2019 and 2020, but in April, conservative judge Brian Hagedorn, a former chief counsel to Walker, defeated liberal judge Lisa Neubauer by 6,000 votes in the race to succeed retiring liberal justice Shirley Abrahamson.

Beginning August 1, conservatives will have a 5-2 majority on the state supreme court and will be assured of remaining in control until at least 2023.