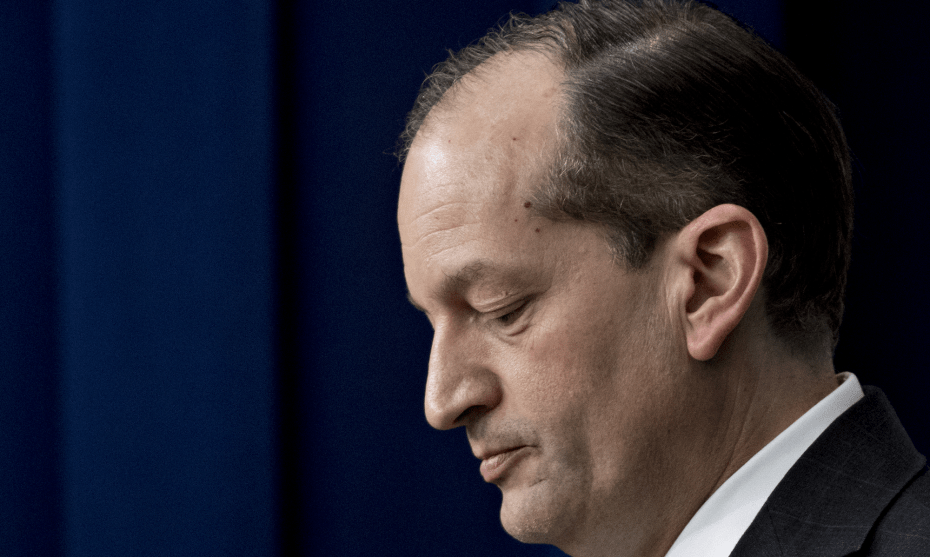 Labor Secretary Alex Acosta on Wednesday defended his involvement in the 2007 plea deal that allowed Jeffrey Epstein to escape a full federal investigation over allegations that he sexually abused underage girls, claiming that without his actions, Epstein would have avoided any jail time.

“We did what we did because we wanted to see Epstein go to jail,” Acosta told reporters at a press conference. “He needed to go to jail, and that was the focus.”

At the time, Epstein had been facing a potential life sentence. The disgraced financier ended up serving only 13 months in prison. Acosta had been serving as the US attorney for the Southern District of Florida.

The news conference marked the first time—outside of three tweets posted the day before—that Acosta has publicly addressed the renewed scrutiny over his role in the 2007 controversial non-prosecution deal following Epstein’s arrest on Sunday for similar charges to the ones he faced more than a decade ago.

Acosta said that he welcomed the new charges against Epstein. He also claimed that his relationship with President Donald Trump was “outstanding.”

Declining to offer an apology to Epstein’s victims for keeping the plea agreement secret, Acosta appeared to blame the decisions of the career prosecutor in the case, as well as the FBI. “She details in this affidavit—an affidavit that’s also corroborated by the FBI case agent—how she and he and the office was concerned that Epstein might not comply, and we would have to go to trial,” he said. “We had to weigh the issue of how much to disclose against if we have to go to trial.”

He added, “We want to win. We want to put Epstein away. Talking about this would allow him to make the argument at trial that their testimony was compromised.”

When asked if he had a message for the victims, Acosta responded, “The message to the victims is that you need to come forward.”

.@TomLlamasABC asks Labor Secretary Alex Acosta if he owes victims of Jeffrey Epstein an apology who say they didn't hear back from Acosta "until it was too late."

Acosta does not offer an apology, but defends actions made at the time https://t.co/TAoeIL9CKq pic.twitter.com/W8uExZUExr