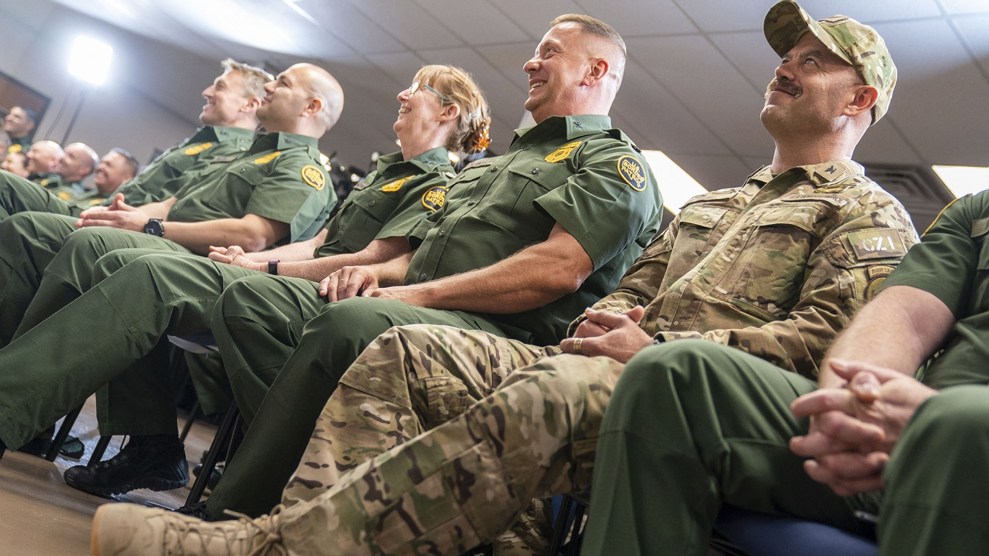 Current and former Border Patrol agents, who are responsible in part for detaining people who enter the US illegally, have displayed shocking callousness toward immigrants and women in a secret Facebook page with roughly 9,500 members.

On Monday, ProPublica revealed the page, highlighting Facebook posts that included slurs toward immigrant groups and sexist comments about Rep. Alexandria Ocasio-Cortez (D-N.Y.) and Rep. Veronica Escobar (D-Texas). The group, called “I’m 10-15,” takes its name from the Border Patrol code for “aliens in custody.” One post questions whether Democrats staged the photo of a Salvadoran migrant and his 23-month-old daughter who drowned in the Rio Grande. Another crudely photoshopped image shows Ocasio-Cortez performing oral sex on President Donald Trump.

Amid a national discussion about the inhumane treatment of migrants at the US–Mexico border, the Facebook page provides insight into the mindset of those who are employed to secure the border. The page shows “a pervasive culture of cruelty aimed at immigrants within CBP,” Daniel Martinez, a sociologist at the University of Arizona in Tucson told ProPublica. “This isn’t just a few rogue agents or ‘bad apples.’”

How on earth can CBP’s culture be trusted to care for refugees humanely?

PS I have no plans to change my itinerary & will visit the CBP station today.

Ocasio-Cortez visited a Border Patrol facility on Monday and said that officers had “no accountability” for their actions.

I see why CBP officers were being so physically &sexually threatening towards me.

Officers were keeping women in cells w/ no water & had told them to drink out of the toilets.

This was them on their GOOD behavior in front of members of Congress.

Now I’ve seen the inside of these facilities.

It’s not just the kids. It’s everyone. People drinking out of toilets, officers laughing in front of members Congress.

I brought it up to their superiors. They said “officers are under stress & act out sometimes.” No accountability.