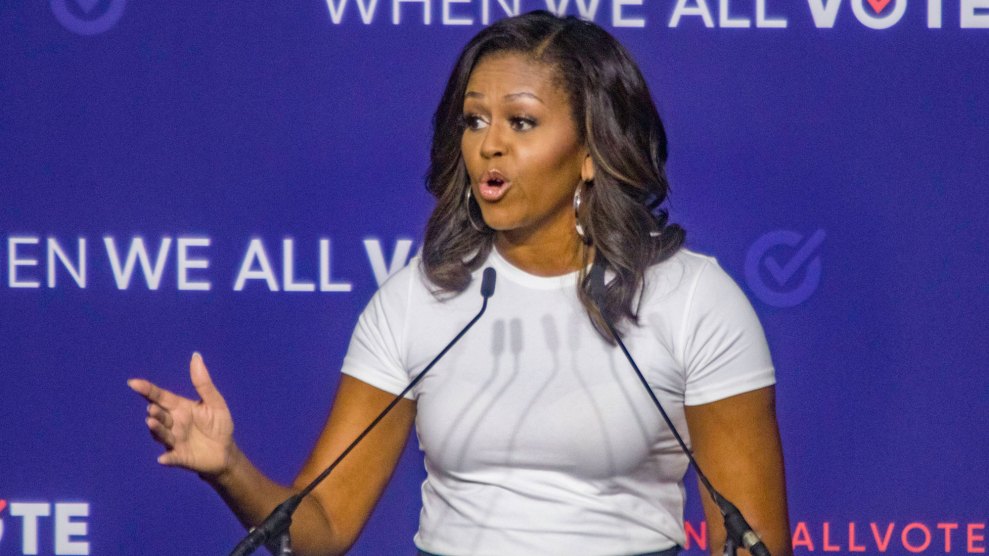 On Saturday, President Donald Trump expressed his admiration for the “patriotic” supporters who chanted “send her back” at a recent North Carolina campaign rally, in reference to Minnesota Democratic Rep. Ilhan Omar (who came to the United States when she was 10-years-old).

It’s a weird definition of patriotism that would cast a former refugee who committed herself to public service as its antithesis, in the same way that it’s bizarre to suggest that a naturalized citizen currently serving in Congress still hasn’t “assimilated.” For someone who literally put the slogan on his forehead, Trump doesn’t seem to have much of a clue of what actually makes America great. Maybe Michelle Obama can set him straight. Here’s how she responded to the president’s attacks on Omar:

What truly makes our country great is its diversity. I’ve seen that beauty in so many ways over the years. Whether we are born here or seek refuge here, there’s a place for us all. We must remember it’s not my America or your America. It’s our America.