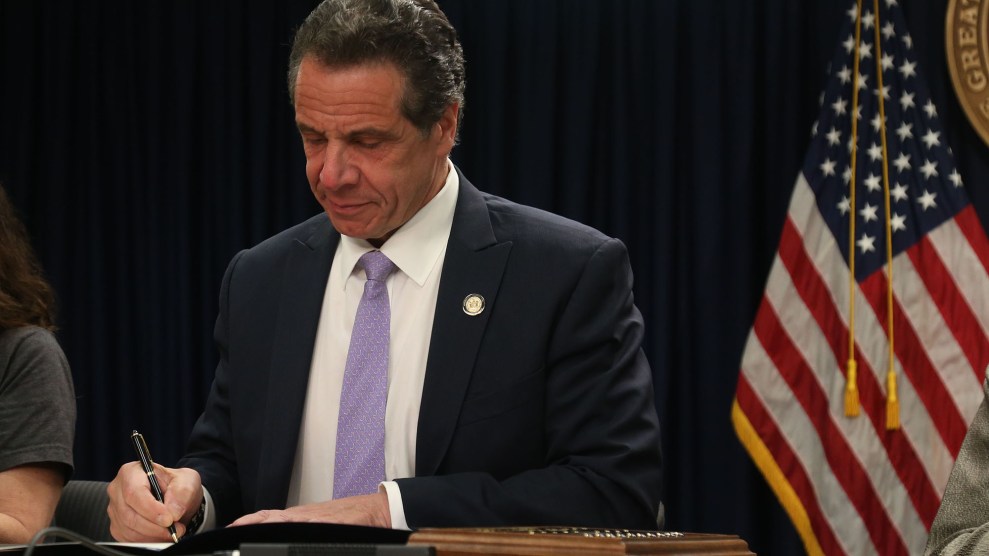 The bill requires the state to release the president’s state tax returns—along with the returns for certain other federal officeholders—for any legitimate purpose upon request from the House Ways and Means Committee, the Senate Finance Committee, or the Joint Committee on Taxation.

As Mother Jones reporter Russ Choma wrote when the New York state legislature approved the bill in May:

Just days after Treasury Secretary Steven Mnuchin refused—in apparent violation of federal law—to give Trump’s tax filings to a congressional committee, lawmakers in Trump’s home state stepped in with a possible solution. On Wednesday, the New York state Senate passed a bill that would allow state officials to provide Congress with the state tax returns of seven different types of state and federal elected officials—including the president.

Federal tax law already allows congressional tax committees to obtain a copy of any American’s tax returns—and such a request has been made by the Democratically controlled House Ways and Means Committee. But on Monday, Mnuchin said he would not permit the Internal Revenue Service to comply. The committee requested the documents as part of what members said was an investigation into how the IRS audits presidents, but the administration has argued that the move was an unfair, politically motivated attempt to embarrass the president.

The bill is effective immediately, according to the New York Times, but it is unclear whether Congress will take advantage of the new law.