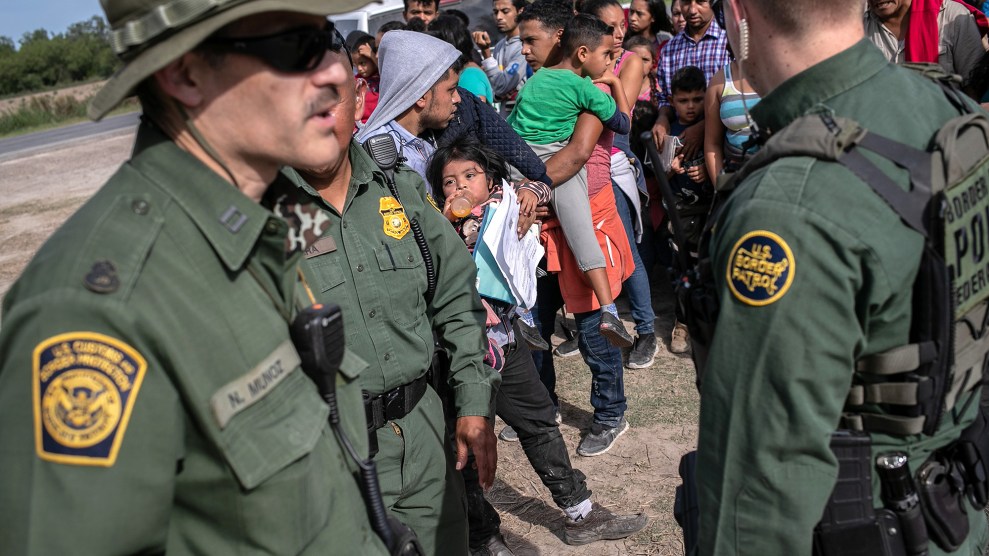 On Saturday, CNN reported that it had found another Facebook group in which Border Patrol frequently posted racist and generally bigoted memes, called “The Real CBP Nation.” Thousands of members had left the group in the wake of ProPublica’s report on “I’m 10-15” according to one of the posts on CNN. The news outlet obtained screenshots of hateful content from the secret group, however, Facebook told CNN that it had since taken action to moderate and remove hateful posts in the group. CNN noted that it was not able independently verify the contents of the group and if its members were official CBP employees.

This follows a report that US Customs and Border Protection had long been aware of, and even had investigated, another Facebook group where its agents often posted sexist, racist, and sometimes violent content but didn’t do much about it, according to a former Department of Homeland Security official who spoke with Politico,

The agency’s Office of Professional Responsibility in 2016 had received content from the Border Patrol agents’ group called “I’m 10-15,” which is Border Patrol code for “aliens in custody” and investigated it at the time. It’s not clear what actions, if any, came of the investigation.

What is clear is that despite knowing about “I’m 10-15” and the often racist and derogatory posts about immigrants in it, the agency evidently opted to not have it taken it down. According to another CBP official who spoke with the Washington Post, the agency didn’t even monitor the page, citing concerns about potential First Amendment violations.

ProPublica first reported on the group’s existence last week and had obtained screenshots of the content, including crude memes of Rep. Alexandria Ocasio-Cortez (D-NY) having oral sex. Others show the apathetic, often contemptuous posts, by agents  about migrant deaths on the border. Last week, in advance of Ocasio-Cortez, Rep. Veronica Escobar (D-Texas), and other members of Congress visiting a CBP controlled immigration facility—which have also been called “concentration camps” by lawmakers like Ocasio-Cortez—one member of the group encouraged other agents to throw a “burrito at these bitches.”

Acting Secretary of the Department of Homeland Security Kevin McAleenan tweeted after news of the group broke, “Any employee found to have compromised the public’s trust in our law enforcement mission will be held accountable.”

CBP officials initially insisted that they weren’t aware of the group according to lawmakers, prior to Politico’s story, but Ocasio-Cortez and others disagreed.

When members of Congress asked CBP if they knew about violently racist & sexually disturbing secret Facebook group w up to 10,000 CBP officers, they told us they just learned about it.

Looks like CBP lied. Reporting shows they knew about it for *years.*

“What is profoundly disturbing is that the Border Patrol agents and leadership who posted these heinous things have power over migrants — including vulnerable women and children,” Rep. Escobar also tweeted. “This is truly a broken agency in desperate need of complete reform.”