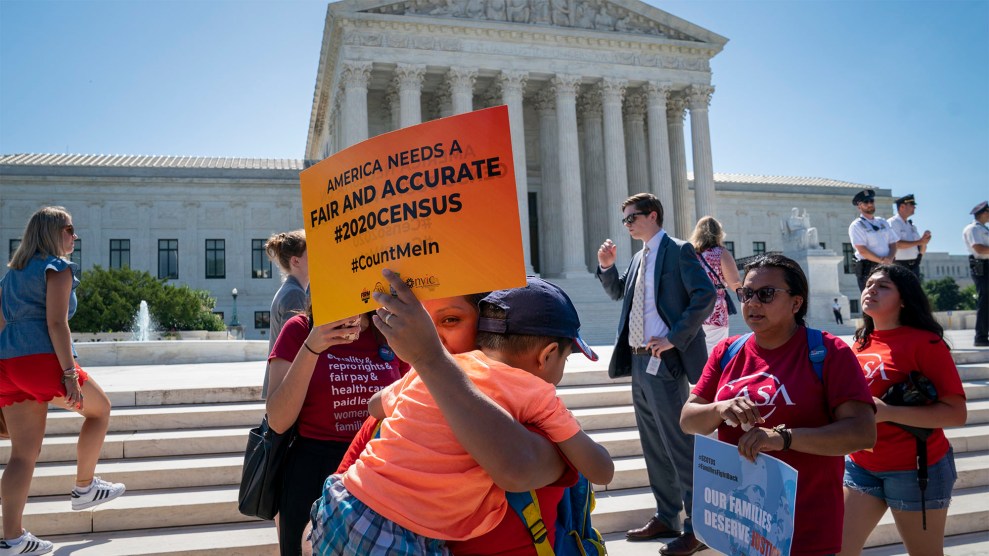 Demonstrators gather at the Supreme Court as the justices finish the term with key decisions on gerrymandering and a census case involving an attempt by the Trump administration to ask everyone about their citizenship status in the 2020 census, June 27, 2019.J. Scott Applewhite/AP

The Trump administration will not include a controversial question about US citizenship on the 2020 census, government lawyers confirmed Tuesday.

Last week, the Supreme Court blocked the addition of the question and said the administration needed to come up with a better rationale for it. The administration had long argued that the census forms needed to be finalized by the end of June. Justice Department lawyers said on Tuesday that the Census Bureau would begin printing forms without the question on them.

The decision is a huge victory for voting and immigrant rights groups, who argued that the question would depress response rates among immigrant communities and put the results of the entire census in jeopardy.