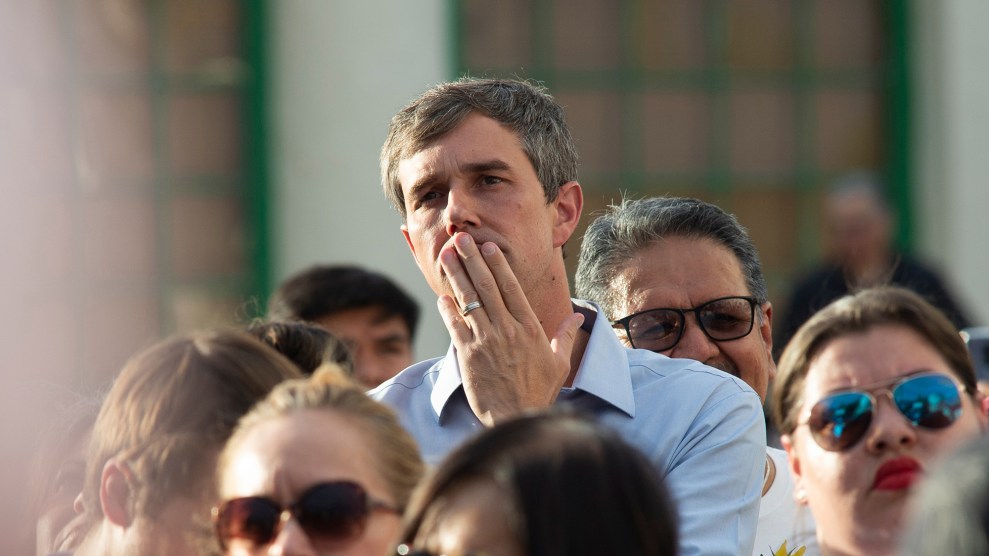 When a reporter asked Beto O’Rourke on Sunday if Donald Trump could do anything “to make this any better” following a mass shooting in El Paso that killed 20 and injured 26 others, the Democratic presidential candidate and former Texas congressman lashed out against the president for inciting violence—and against the press for glossing over the connection between Trump’s hateful rhetoric and mass shootings.

“You know the shit he’s been saying. He’s been calling Mexican immigrants rapists and criminals,” O’Rourke, who lives in El Paso, said. “Members of the press, what the fuck?…Connect the dots about what he’s been doing in this country.”

The El Paso shooter posted an anti-immigrant manifesto to the online message board 8chan before the attack. O’Rourke suggested that Trump’s repeated use of racist, xenophobic language contributed to the massacre.

"What do you think? You know the shit he's been saying. He's been calling Mexican immigrants rapists and criminals. I don't know, like, members of the press, what the fuck? You know, it's these questions that you know the answers to." pic.twitter.com/mW666V11Wc