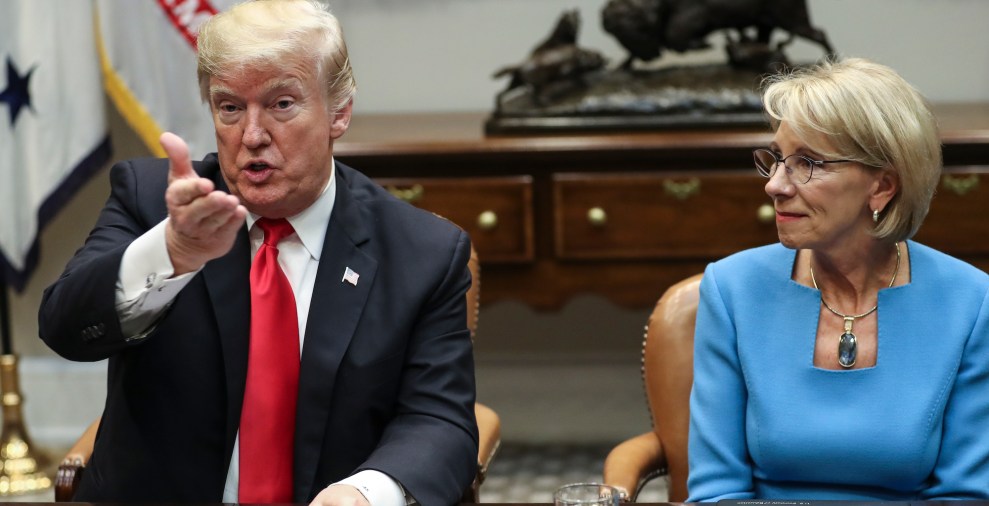 Just in time for the start of a new school year, Education Secretary Betsy DeVos on Friday finalized a new suite of changes to an Obama-era policy that targeted fraud at for-profit colleges. The new DeVos rule significantly raises the bar students have to clear in order to qualify for debt forgiveness when their schools close while they’re enrolled.

After state and federal investigations into fraud at some of the country’s biggest for-profit college operators caused the schools to shutter, thousands of students found themselves deep in debt for incomplete degrees. As my colleague Eddie Rios reported last year:

The Century Foundation, a Washington-based think tank, found in May that more than 127,000 debt relief claims were filed to the Education Department by March 2018, up 29 percent from August 2017….More than 98 percent of those claims came from students who attended for-profit colleges.

The Obama program has cleared $222 million in loans from nearly 20,000 borrowers since 2016, according to the New York Times. But as a result of the new DeVos rule, after July 2020, students filing for debt relief will have to prove their colleges intentionally deceived them, that it influenced their decision to enroll, and that it made them financially suffer. The change also sets a three-year deadline for filing a claim; the Obama rule had no deadline and automatically relieved their debts if they didn’t enroll elsewhere within three years.

Student loans and Devos’ unpopular run as secretary of education have become a centerpiece of Democratic presidential politics. The 2020 field quickly condemned DeVos over the weekend.

I will nominate a Secretary of Education who has been a public school teacher—Betsy DeVos need not apply. pic.twitter.com/L5L9x6IrcN

My AG office took on Corinthian Colleges and won $1 billion for defrauded veterans and students.

Betsy DeVos is now making it harder for defrauded students to have their debt canceled. Who is she working for? https://t.co/5aq2142xHb

Betsy DeVos and for-profit charter schools are breaking our promise to students with disabilities. That will end when we are in the White House. pic.twitter.com/zQOL17oLzS