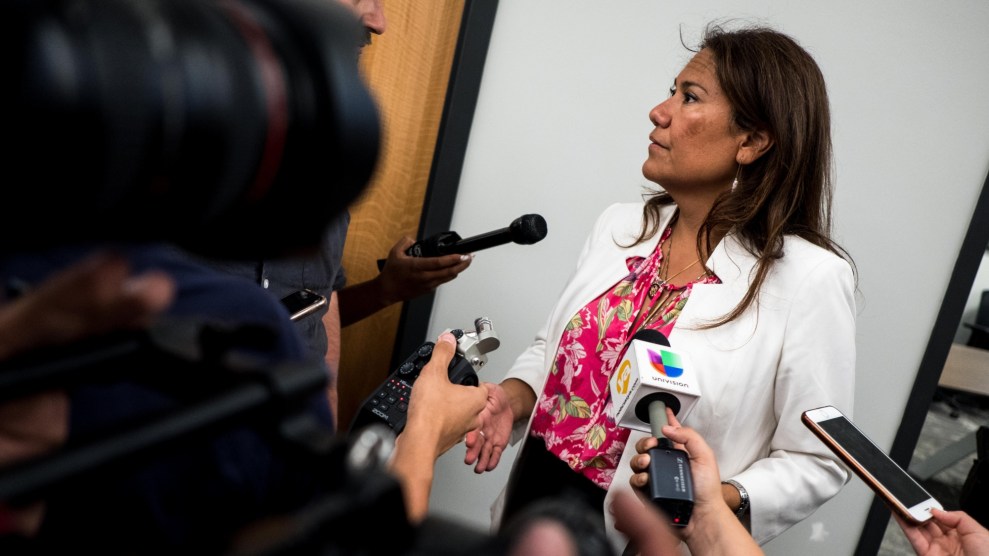 In the wake of Saturday’s shooting at an El Paso Walmart in Escobar’s district, the Democrat said her hometown “has a very different philosophy…from the philosophy that emanates from the White House. We embrace one another and take care of one another.” She later said the president “is not welcome” in El Paso.

On Tuesday, Trump confirmed he’ll be making the trip there anyway.

Escobar took to Twitter to express her displeasure and condemn the president, who she says “has a responsibility to acknowledge the power of his words, apologize for them, and take them back.”

The congresswoman also says she was invited to participate in the president’s visit, but instead asked for a phone call to confront Trump over his racist rhetoric. She claims her request was denied. Escobar says she’ll spend the day of Trump’s visit with her grieving constituents instead.

My message would’ve been that he needs to understand that his words are powerful and have consequences. Using racist language to describe Mexicans, immigrants and other minorities dehumanize us. Those words inflame others.

I have publicly said he has a responsibility to acknowledge the power of his words, apologize for them, and take them back because they are still hanging over us. I asked for a call so I could say this to him over the phone and ask for a dialogue that could lead to healing.

Tomorrow, I will again be spending time with fellow El Pasoans who are dealing with the pain and horror left in the wake of this act of domestic terrorism fueled by hate and racism.