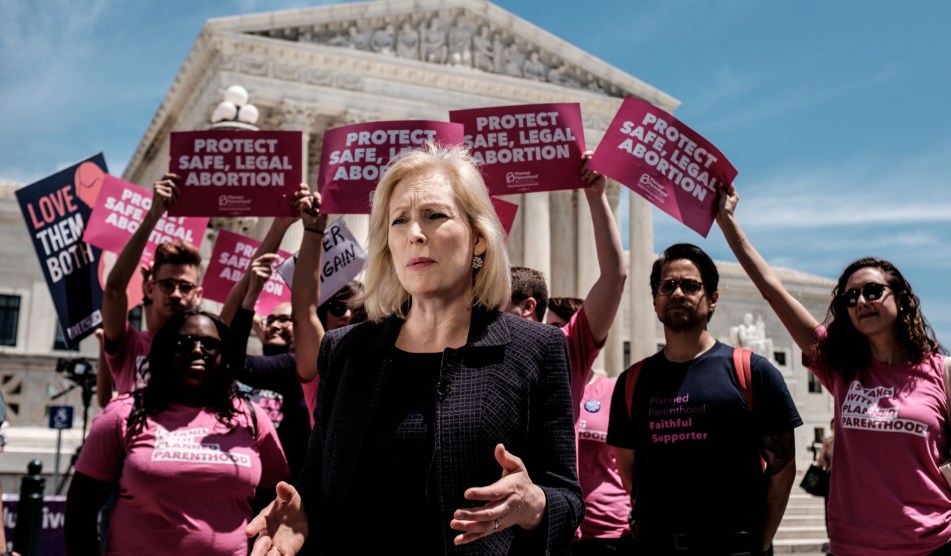 On Wednesday, Kirsten Gillibrand dropped out of the 2020 Democratic Primary, just a few days after the senator from New York failed to qualify for the September debates due to low polling and a small donor base.

“Today, I am ending my campaign for president,” she said in a tweet. “Now, let’s go beat Donald Trump and win back the Senate.”

Today, I am ending my campaign for president.

I am so proud of this team and all we've accomplished. But I think it’s important to know how you can best serve.

To our supporters: Thank you, from the bottom of my heart. Now, let's go beat Donald Trump and win back the Senate. pic.twitter.com/xM5NGfgFGT

Gillibrand’s campaign hinged on her identity as a strong proponent of women’s rights, particularly in the #MeToo era. Still, she averaged less than 1 percent in the latest poll and struggled to be not seen as “boring.” Her policy plans took on issues from Citizens United to payday lenders, but her progressive policies, and viral moments, never caught fire as they have for Senators Bernie Sanders and Elizbeth Warren.

She told the New York Times she had not picked another candidate to endorse. “I think a woman nominee would be inspiring and exciting,” she noted.