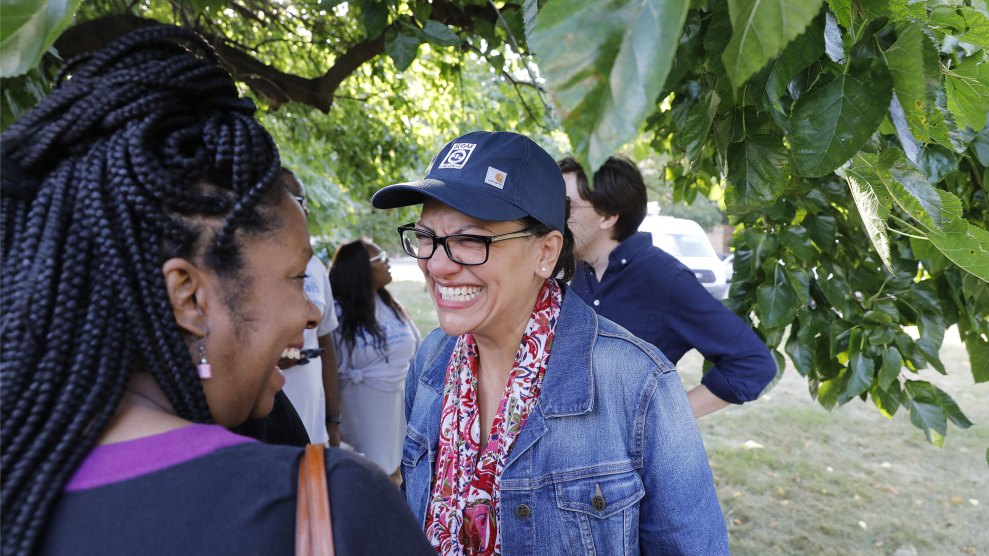 Rep. Rashida Tlaib (D-Mich.) has clearly gotten under the skin of President Trump, who has frequently attacked the first-term congresswoman in starkly racist terms and even lobbied Israel to block her from visiting the country.

In a recent conversation with the Guardian, billed as her first in-depth interview since the cancellation of her Israel trip, Tlaib said, “It’s been very clear to me, especially this last week, that he’s scared of us.”

This type of blunt public criticism of Trump is what first introduced much of the public to Tlaib. Shortly after she was elected to Congress, she said it was time to “impeach the motherfucker.” Now that her profile and that of “the Squad” has grown, Tlaib and freshman Reps. Alexandria Ocasio-Cortez (D-NY), Ilhan Omar (D-Minn.), and Ayanna Pressley (D- Mass.) have become a constant target for Trump. He has repeatedly attacked them in Twitter rants, saying they should “go back and help fix the totally broken and crime infested places from which they came.”

Tlaib’s interview with the Guardian comes shortly after the Israeli government denied her and Omar—the first and only two Muslim women to be elected to Congress—permission to enter the country. The White House had previously denied reports that Trump was pressuring Prime Minister Benjamin Netanyahu for such a move, but later, in a tweet, Trump all but confirmed the behind-the-scenes efforts.

Later, after some back and forth about Tlaib’s plans to visit her grandmother in the West Bank, Trump again attacked her in vile terms:

Sorry, I don’t buy Rep. Tlaib’s tears. I have watched her violence, craziness and, most importantly, WORDS, for far too long. Now tears? She hates Israel and all Jewish people. She is an anti-Semite. She and her 3 friends are the new face of the Democrat Party. Live with it!

“He’s afraid because we have a real agenda for the American people,” she told the Guardian. “He can bring it.”