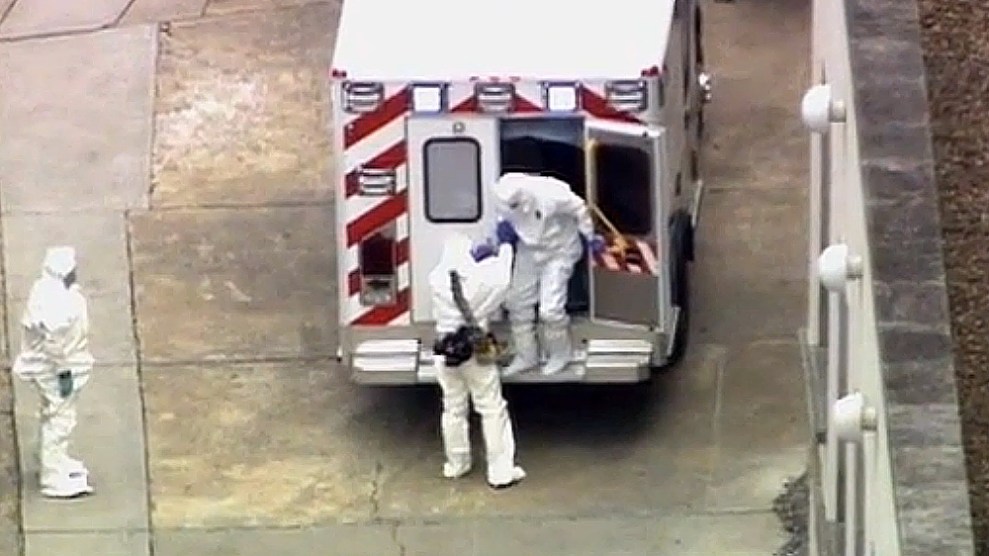 President Donald Trump on Saturday retweeted a message from evangelical leader Franklin Graham celebrating the the recovery of Kent Brantly, a doctor who contracted Ebola five years ago while fighting a devastating outbreak of the disease in Liberia. Brantly—who was working with Samaritan’s Purse, a missionary organization run by Graham—might well have died had he not been flown to state-of-the-art medical facilities in Atlanta. A second missionary aide worker who contracted the disease around the same time, Nancy Writebol, also survived after being flown to Atlanta for treatment.

5 yrs ago today Dr. Kent Brantly arrived at @EmoryUniversity Hospital after contracting the Ebola virus while serving w/@SamaritansPurse in Liberia. He was the 1st Ebola patient to set foot in the U.S. We still thank God for the miracle of his healing. pic.twitter.com/99S12j828V

The heroism of Brantly, Writebol, and the people who saved their lives is absolutely worth celebrating. But it’s a remarkable about-face for the president. Trump, who at the time was not yet a Republican presidential candidate, spent days stoking fears about the threat he (wrongly) claimed the evacuation posed to people in the United States. He demanded that the Obama administration “stop the EBOLA patients from entering the U.S.” and declared that people who fight deadly diseases overseas “must suffer the consequences!” He said that Brantly and Writebol should be treated “at the highest level” in Liberia—an incredibly callous suggestion given that just days earlier, one of that country’s top doctors had himself died of the disease. Ultimately, nine of the 11 Ebola patients—82 percent—treated in the United States survived; the survival rate in Liberia was far lower.

The U.S. cannot allow EBOLA infected people back. People that go to far away places to help out are great-but must suffer the consequences!

The fact that we are taking the Ebola patients, while others from the area are fleeing to the United States, is absolutely CRAZY-Stupid pols

A doctor on NBC Nightly News agreed with me-we should not bring Ebola into our country through two patients, but should bring docs to them.

Trump’s five-year-late reversal on the issue is certainly welcome. It coincides with a major Ebola outbreak in the Democratic Republic of the Congo—one that his administration has done far too little to combat.