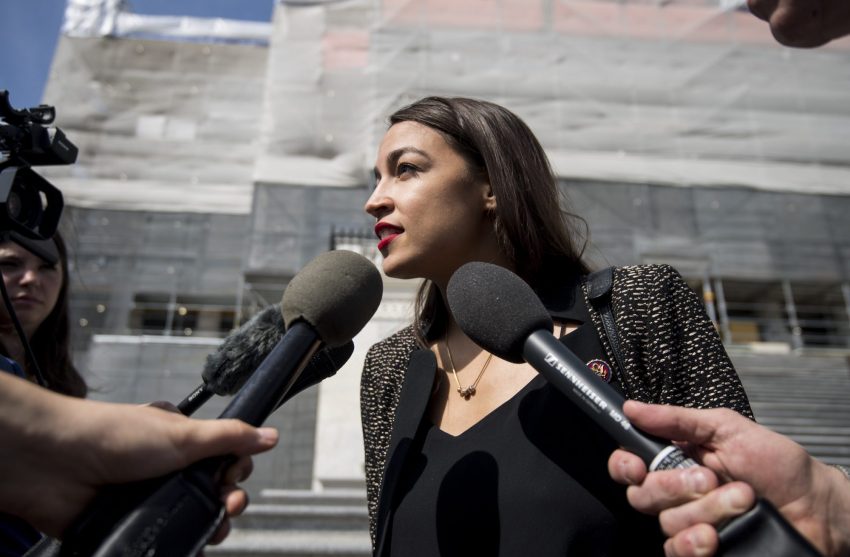 .@AOC: "What we're seeing with these developments from Ukraine are extremely serious…The president has committed several impeachable offenses. What he has admitted to is already impeachable." https://t.co/7ZaZ7ns4K3 pic.twitter.com/ALMDoPBhRg

Surrounded by a flurry of reporters, the New York Democrat was asked if the caucus had been too slow to move on impeachment. Ocasio-Cortez didn’t take the bait: “We can’t ask ourselves about whether we move too slow or too quickly. We have to ask ourselves what we’re doing right now.”

At this point, the bigger national scandal isn’t the president’s lawbreaking behavior – it is the Democratic Party’s refusal to impeach him for it.

Mere days after the Democratic firebrand called out her own party for abetting the president’s continued behavior, Ocasio-Cortez lent her support to the Speaker’s decision: “I think we have to hold this president accountable and we have to protect our democracy.”