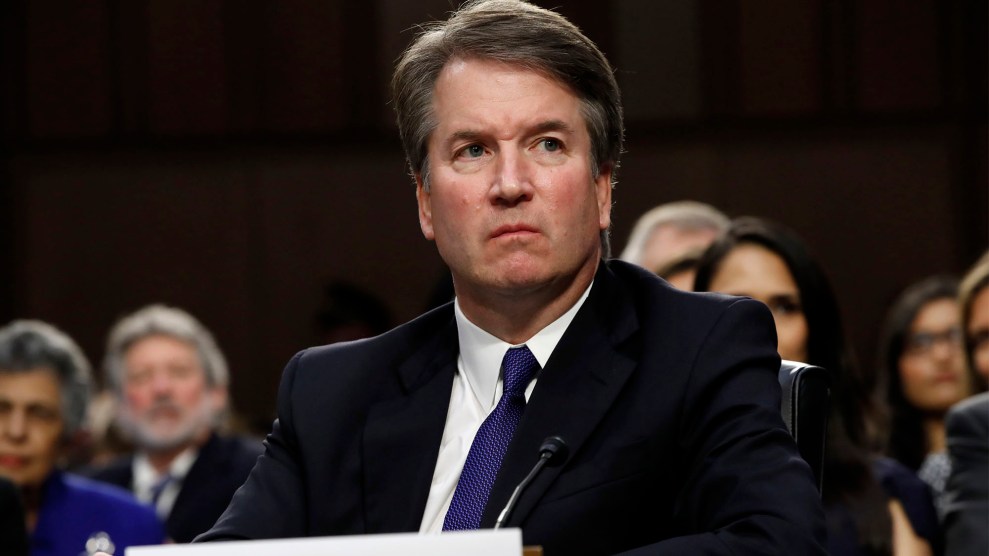 Last year, the Justice Department gave the Attorney General’s Award for Distinguished Service, the second highest honor in the department, to prosecutors who secured the conviction of Ahmed Abu Khattala, a ringleader of the Benghazi terrorist attack.

This year, the New York Times is reporting that Attorney General William Barr is giving the award to DOJ lawyers who worked “to support the nomination” of Supreme Court Justice Brett Kavanaugh.

Former federal prosecutors blasted the news as an unprecedented perversion of justice. “What a joke,” tweeted Elie Honig, a former Assistant U.S. Attorney for the Southern District of New York. “This prestigious award typically goes to prosecutors who make the biggest cases against terrorists, corrupt politicians, drug cartels, organized crime enterprises, etc. And now AG Barr is using it to honor… Team Kavanaugh.”

And now AG Barr is using it to honor… Team Kavanaugh. https://t.co/HhOzz8XDae

Kavanaugh was accused of sexual assault during his confirmation process by Christine Blasey Ford. Investigations into her accusations, and Kavanaugh’s response, nearly derailed his nomination. Then Deputy Attorney General Rod Rosenstein tapped one hundred Justice Department lawyers to review Kavanaugh’s paper trail, which the Times reported some saw as “an unusual insertion of politics into federal law enforcement.” The FBI did its own investigation of Ford’s accusations, but it was limited in scope by the White House and did not interview key sources, including Ford.

Kavanaugh has been a reliable ally of President Donald Trump on the court, while Barr has emerged as perhaps the president’s most high-profile defender inside the administration, shielding Trump from public criticism and indictment following release of the Mueller report.