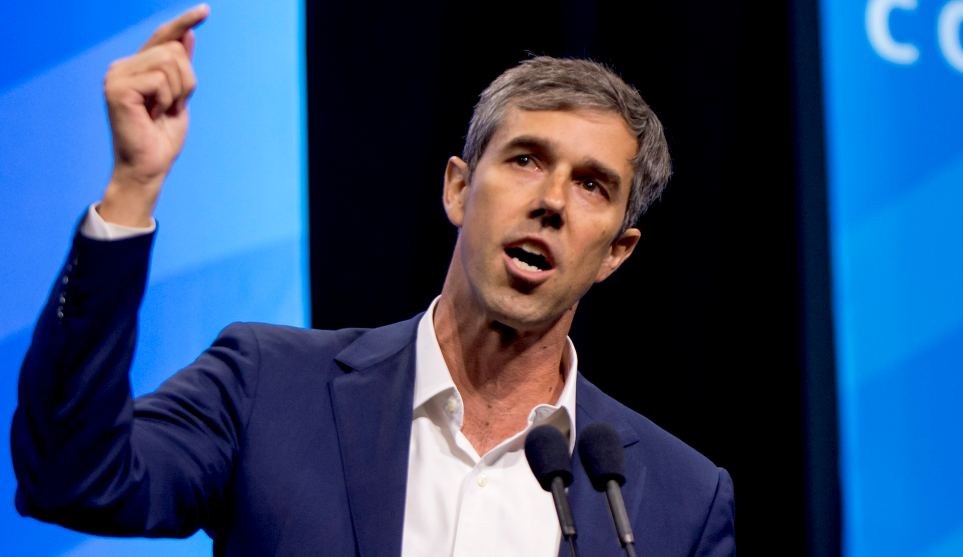 A Texas state representative is under fire after tweeting, “My AR is waiting for you” at Beto O’Rourke, shortly after the Democratic presidential candidate endorsed mandatory buybacks of assault-style weapons during the third Democratic debate Thursday night.

“Hell yes, we’re going to take your AR-15, your AK-47,” O’Rourke declared to the audience in Houston, Texas, while describing how such weapons are designed for combat and should therefore not be in the hands of everyday gun owners. “We’re not going to allow it to be used against our fellow Americans anymore.”

But as the remarks, which drew loud applause, reverberated on social media, Republican Briscoe Cain, who has served in the Texas House of Representatives since 2016, made his contempt for the proposal clear:

This is a death threat, Representative. Clearly, you shouldn't own an AR-15—and neither should anyone else. pic.twitter.com/jsiZmwjMDs

The post, widely interpreted as a threat against O’Rourke, was instantly slammed on social media. But that didn’t stop the Republican from attacking O’Rourke once more. “You’re a child Robert Francis,” he said later, retweeting O’Rourke.

O’Rourke first backed a mandatory buybacks program in the wake of last month’s massacre in his hometown of El Paso that killed 22 people. The proposal has since riled conservatives, including Meghan McCain, who warned earlier this month that there would be “a lot of violence” if Washington passed legislation aimed at confiscating weapons like the AR-15.

“I’m not living without guns!” McCain told her colleagues on The View. “It’s just that simple.”

Meghan McCain, after saying there will be "violence" in America if the AR-15 is banned because it's "the most popular gun" in the country, then declares that she's "not living without guns." pic.twitter.com/YlDtQwkFr0