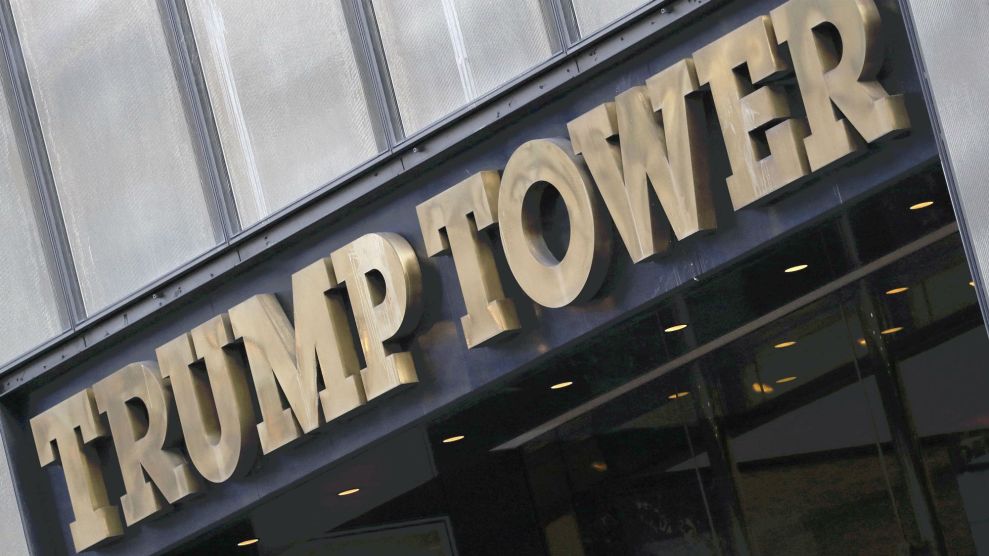 The Yomiuri Shimbun via AP

Donald Trump’s effort to pressure Ukraine’s president to dig up dirt on Trump’s Democratic rival Joe Biden is justifiably dominating the headlines. But the bombshell memo of Trump’s call with Volodymyr Zelensky, released by the White House Wednesday morning, contained an overlooked comment by the Ukrainian leader that goes to the heart of how the line between the nation’s business and the president’s personal interests has increasingly blurred.

During their 30-minute call on July 25, Zelensky, eager for US military aid to help his country fend off Russian aggression, slavishly kissed up to Trump, praising him for his campaign tactics and saying that “I had an opportunity to learn from you.” As the conversation wound down, Zelensky brought up Trump’s favorite subject—his properties.

“I would like to tell you that I also have quite a few Ukrainian friends that live in the United States. Actually, last time I traveled to the United States, I stayed in New York near Central Park and I stayed at the Trump Tower,” Zelensky said, according to the non-verbatim memo of their call.

It’s not clear exactly which Trump property Zelensky was referring to—Trump Tower itself is located several blocks south of Central Park, but the Trump International Hotel and Tower in New York City is directly on the park. In an Instagram post from March 2018, Zelensky can be seen jogging through Central Park with the Trump hotel in the background.

Zelensky, who is speaking Russian in the video, praises the city and says he’s eager to return home but doesn’t mention Trump.

Trump’s properties are never far from his mind—he’s publicly named-dropped them more than 170 times since he became president and has visited Trump-branded properties at least 362 times. And he’s never been shy about trying to insert his properties into diplomatic situations. When Trump traveled to Ireland last year, he attempted to get the Irish prime minister to pose for photos with him at his resort in Doonbeg—the prime minister refused. Trump has also praised his properties at events with world leaders like Theresa May. At the most recent G7 conference in France, he promoted his own Florida resort as the best location for next year’s summit.

Trump’s Washington, DC, hotel has become a frequent destination for foreign diplomats seeking to curry favor with the White House—representatives of at least 28 countries have stayed at the hotel. Countries such as Saudi Arabia have spent lavishly at the property amid efforts to lobby the administration.

Despite warnings of the conflicts of interest that could result if Trump didn’t divest himself from his business empire, Trump refused to give up any ownership of his properties. The predictable outcome is the appearance—if not the reality—that Trump is profiting from the presidency.