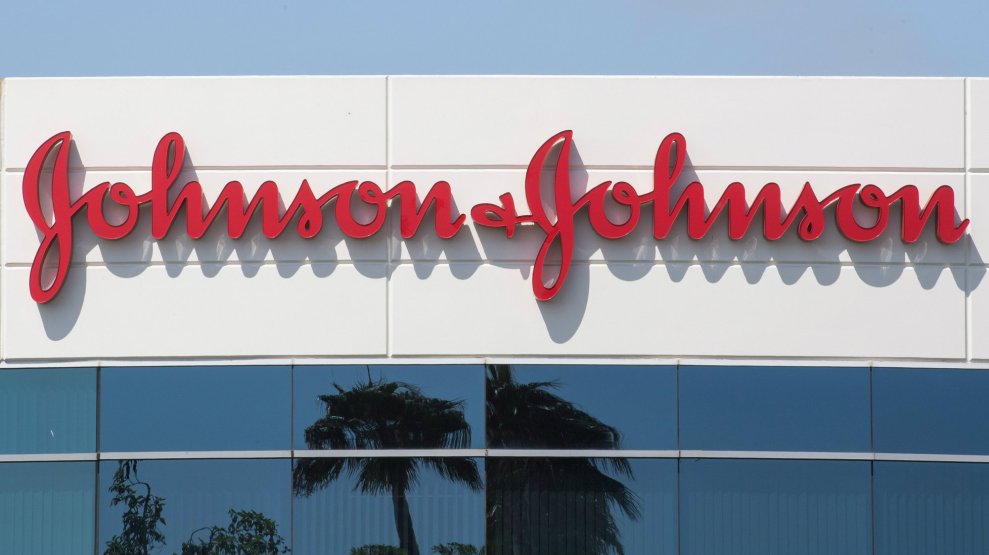 Nearly three dozen members of Congress accepted campaign contributions from Johnson & Johnson during the embattled company’s trial in Oklahoma earlier this year for its role in causing the opioid epidemic, an analysis of federal campaign filing data reveals. The money has gone to Democrats and Republicans, party leaders and back-benchers, freshmen members and long-time incumbents. Two Oklahoma lawmakers—Sen. James Lankford and Rep. Markwayne Mullin, both Republicans—accepted donations from the company, despite the enormous publicity the trial generated in their state. So far, none of the lawmakers has announced plans to return the donations.

Johnson & Johnson—probably best known for making baby powder, soap, and other household products—has long been lobbying Congress and donating money to politicians. But since the Oklahoma trial started in May, it has drawn new scrutiny over its lucrative pharmaceutical business, which, the state argued, fueled the opioid crisis by overselling its pain medication and promoting the idea that such drugs were safe. The state also accused Johnson & Johnson of quietly dominating the opioid market by growing mutant poppies in Tasmania and selling its narcotic products to some of the leading drug companies, including Purdue Pharma, the maker of Oxycontin. Last week, the judge presiding over the case ruled that the company helped cause a crisis that “ravaged the state of Oklahoma” and ordered it to pay $571 million in damages. According to the judge:

Defendants promoted their specific opioids using misleading marketing. Among other things, they sent sales representatives into Oklahoma doctors’ offices to deliver misleading messages, they disseminated misleading pamphlets, coupons, and other printed materials for patients and doctors, and they misleadingly advertised their drugs over the internet—all of which occurred in Oklahoma. But Defendants also pervasively promoted the use of opioids generally. This “unbranded” marketing included things like print materials that misleadingly touted the safety and efficacy of opioids as a class of pain medication, as well as online materials that promoted opioids generally.

As Mother Jones has reported, recently unsealed court documents related to separate litigation detailed how Johnson & Johnson and other big drug companies helped create a “pain movement” in order to sell more pills. Janssen Pharmaceuticals, part of Johnson & Johnson’s drug division, was one of five companies that together funneled almost $9 million to patient advocacy groups and organizations that lobbied on opioid policy, according to a 2018 investigation by former Missouri Sen. Claire McCaskill.

Johnson & Johnson has also poured money into directly influencing federal lawmakers. So far this year, the company has spent $100,000 on lobbying efforts that include “general issues regarding health care and opioids,” according to its federal filings. The company did not respond to a request for comment about what those lobbying efforts specifically entail.

All the while, the Johnson & Johnson’s political action committee has been plying lawmakers with cash, giving a total of $86,500 to more than 70 members of Congress and nearly two dozen PACs in the first half of 2019 alone, according to filings with the Federal Election Commission. (The most recent FEC filings cover the quarter ending June 30, meaning that any contributions made since then aren’t included.)

Thirty-three of those lawmakers appear to have received Johnson & Johnson contributions—totaling $69,000—during the trial, at a time when headlines about the company’s involvement in the opioid crisis would have been hard to miss. Among them is Lankford, the Oklahoma senator, who, according to his filings, received a $2,000 contribution on May 28, the day the trial began. Mullin, who represents Oklahoma’s 2nd congressional district, pocketed $1,000 from Johnson & Johnson in June, just days after Oklahoma Attorney General Mike Hunter described the company as an opioid “kingpin” that had sought to “brainwash prescribers with pseudoscience.”

Other high-profile recipients of Johnson & Johnson donations since May include Texas Republican Sen. John Cornyn, who received $6,000 in contributions to his campaign and leadership PAC; North Carolina Republican Sen. Thom Tillis, who took in $2,500; and Virginia Democratic Sen. Tim Kaine, who accepted $5,000 for his campaign and leadership PAC. House Majority Whip Jim Clyburn (D-S.C.), who has a lengthy history of taking money from pharmaceutical companies, received $6,500 in Johnson & Johnson contributions in June. None of these lawmakers responded to requests for comment.