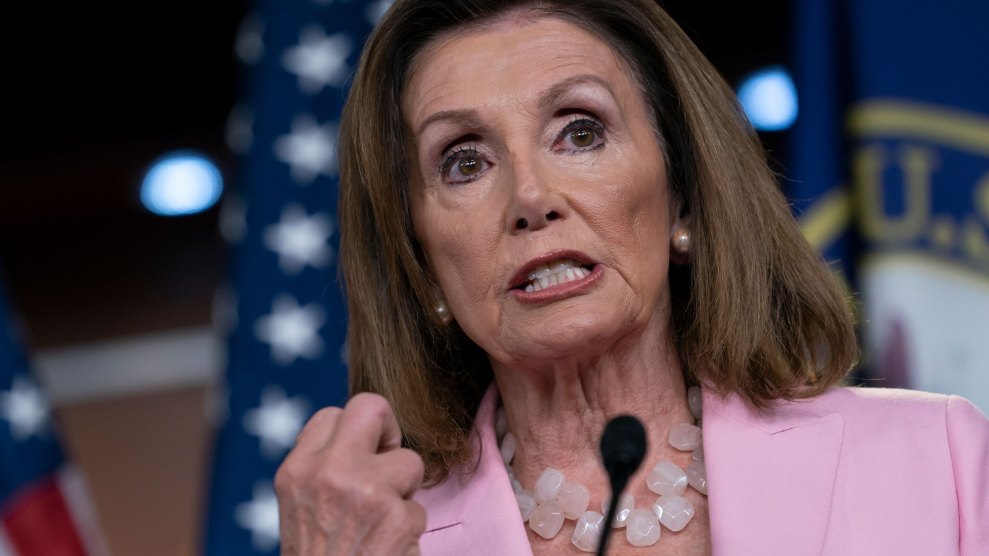 House Speaker Nancy Pelosi on Sunday issued a warning to Republicans: If the Trump administration blocks the disclosure of a whistleblower complaint involving the president’s interactions with his counterpart in Ukraine, then “they will be entering a grave new chapter of lawlessness.”

The letter comes four days before Acting Director of National Intelligence Joseph Maguire is set to testify before the House Intelligence Committee. Trump has refused to release the whistleblower complaint or the transcript of his call with Ukrainian President Volodymyr Zelensky, ignoring demands from Democratic House and Senate leadership. Pelosi first urged the administration to release the complaint on Friday and followed up with a pointed letter to her Republican colleagues on Sunday.

.@SpeakerPelosi to Congress:If Trump admin persists in blocking whistleblower from disclosing to Congress a serious possible breach of constitutional duties by @POTUS they’ll be entering a grave new chapter of lawlessness which will take us into a whole new stage of investigation pic.twitter.com/jOIOsZkQHr

Pelosi, who has not called for Trump’s impeachment, warned that preventing the whistleblower complaint’s disclosure would amount to a violation of federal statute. “The Administration is endangering our national security and having a chilling effect on any future whistleblower who sees wrongdoing,” she noted.

“If the Administration persists in blocking this whistleblower from disclosing to Congress a serious possible breach of constitutional duties by the President, they will be entering a grave new chapter of lawlessness which will take us into a whole new stage of investigation,” Pelosi concluded.

On Sunday, Trump admitted to reporters that he had discussed former vice president Joe Biden with Ukraine’s president but insisted there was no “quid pro quo” between the two leaders.

Meanwhile, consensus is growing that Trump’s request of the Ukrainian president constitutes an impeachable offense. Schiff told CNN’s Jake Tapper that if Trump withheld foreign aid to Ukraine hoping for an inquiry into a political opponent, then impeachment proceedings “may be the only remedy.”