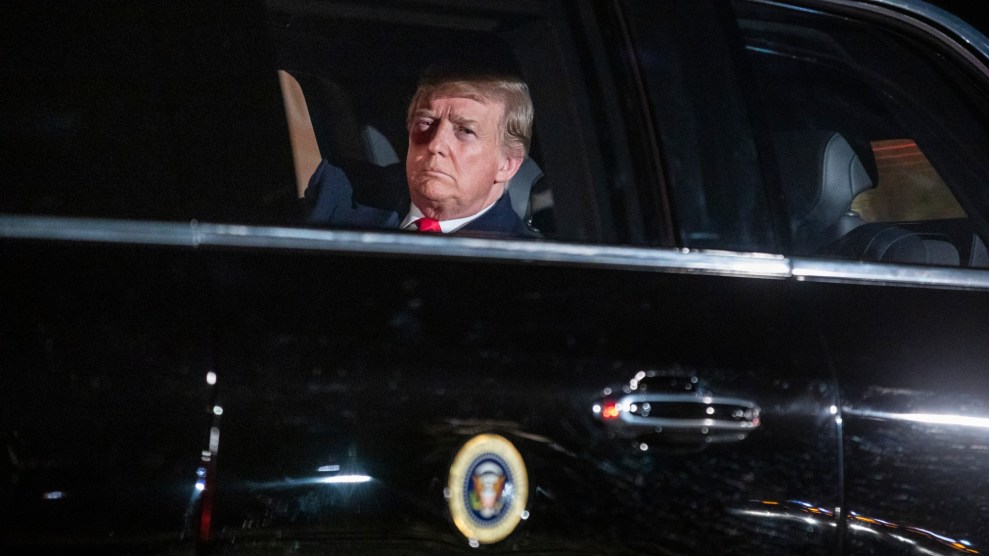 The Trump administration is expected to announce on Wednesday that it will strip California from having any legal authority to require stricter tailpipe pollution standards than the federal government, the New York Times reported Tuesday.

The formal revocation of California’s authority to set its own rules on tailpipe pollution—the United States’ largest source of greenhouse emissions—will be announced Wednesday afternoon at a private event at the Washington headquarters of the Environmental Protection Agency, according to two people familiar with the matter.

The move will come after the Justice Department opened an antitrust investigation into the four automakers that had bypassed the White House to reach a deal on emissions rules directly with California. After the Wall Street Journal uncovered details of the probe in September, House Judiciary Chairman Jerrold Nadler (D-N.Y.) and Representative David Cicilline (D-R.I.) said in a joint statement that it was “only the latest in a profoundly troubling pattern of abuse of power that has flourished under the Trump presidency.”

In the early years of Obama’s presidency, car companies, in partnership with California, agreed to first-of-their-kind regulations that would double today’s fuel mileage standards to an average 54.5 miles per gallon by 2025—and hugely reduce gas emissions that contribute to air pollution and climate change.

Even after Trump’s Environmental Protection Agency proposed new rules for greenhouse gas emissions standards for cars, California brokered a deal in July with four automobile companies (Ford, Honda, Volkswagen, and BMW of North America) to produce cars that would average nearly 50 miles per gallon by 2026, only one year later than the Obama-era target.

The Trump administration’s latest attack on California represents an escalation of the conflict over vehicle-pollution rules and sets up a legal showdown between the administration and the largely Democratic state. California attorney general Xavier Becerra wrote in an email to the Times, “California will continue its advance toward a cleaner future. We’re prepared to defend the standards that make that promise a reality.”