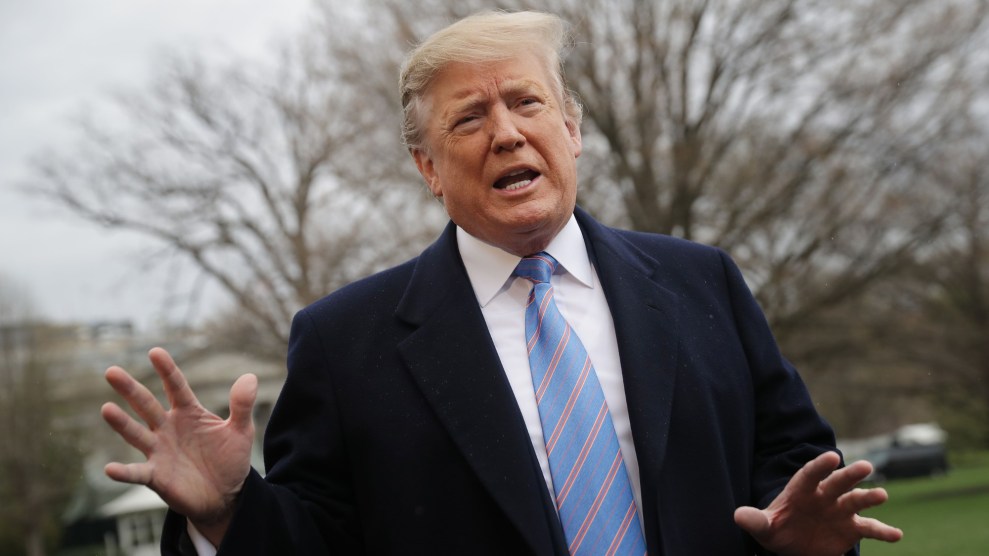 Since President Donald Trump declared a national emergency at the southern border in February, we’ve known that the US military would bear the majority of the cost for Trump’s vaunted border wall. Now the Pentagon has figured out which programs will be stripped of their funding, according to a document sent by Defense Secretary Mark Esper to the leaders of several congressional defense committees.

The letter, which was first reported on by the Daily Beast, contains a list of 127 projects that will lose a total of $1.7 billion in funding to support border wall construction. One-fifth of the construction projects stripped of funding are located outside the continental United States, including 10 programs in Puerto Rico worth more than $400 million.

The Pentagon has spent months searching for $3.6 billion to build fencing along the US-Mexican border and resolved in February to split the total among unallocated military construction funding, a Pentagon counter-drug program, and the Treasury Department’s asset forfeiture unit. Deputy Undersecretary of Defense Elaine McCusker told reporters at a press conference on Tuesday that the construction projects at issue are “definitely not canceled” but would have to be put on ice indefinitely. “We do realize that this could cause some delay,” she said.

Esper’s letter, which said federal dollars would not be taken from “family housing, barracks, or dormitory projects,” established that the delayed construction funding would go toward “more than 54 miles” of fencing along the border but did not use the word “wall,” the Daily Beast reported. He also defended the utility of the fencing, which Democrats have lambasted as a politically motivated stunt intended to gin up fear of migrants.

“These projects will deter illegal entry, increase the vanishing time of those illegally crossing the border, and channel migrants to ports of entry,” Esper wrote. “In short, these barriers will allow DoD to provide support to DHS more efficiently and effectively. In this respect, the contemplated construction projects are force multipliers.”

That explanation is sure to leave congressional Democrats unsatisfied and some lawmakers have already ratcheted up their criticism of Trump’s decision to steer funding away from the military for a project he promised would be funded by Mexico.

“This decision will harm already planned, important projects intended to support our service members at military installations in New York, across the United States, and around the world,” Senate Minority Leader Chuck Schumer (D-N.Y.) tweeted Tuesday. “It is a slap in the face to the members of the Armed Forces who serve our country that President Trump is willing to cannibalize already allocated military funding to boost his own ego and for a wall he promised Mexico would pay to build.”

You can see the list of all affected projects here: