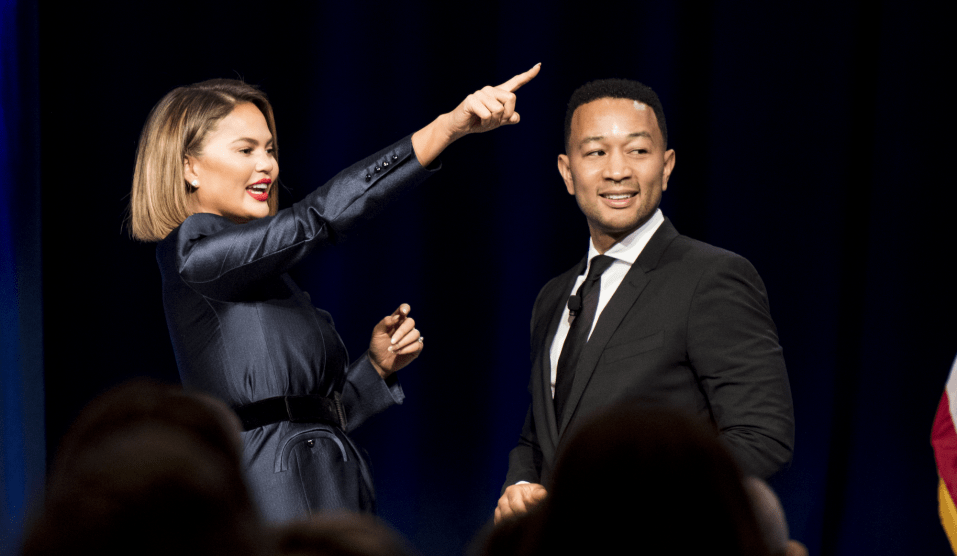 In four furious tweets late Sunday, President Donald Trump attacked John Legend for failing to give him credit for the passage of the First Step Act when the musician appeared on an NBC town hall that focused on criminal justice reform. While knocking Legend, Trump also lashed out Legend’s wife, the model and frequent Trump critic, Chrissy Teigen.

“Guys like boring musician @johnlegend, and his filthy-mouthed wife, are talking now about how great it is—but I didn’t see them around when we needed help getting it passed,” Trump complained before taking aim at anchor Lester Holt. “Doesn’t even bring up the subject of President Trump or the Republicans when talking about the importance or passage of Criminal Justice Reform.”

While Trump has spent a good deal boasting about the First Step Act—the bipartisan criminal justice reform legislation he signed into law in December—the president’s actions and budget proposals ever since have put into question how much he truly cares about the law, both its implementation and funding. As my colleague Samantha Michaels explained in March:

For supporters of prison reform, it’s an alarming signal that his administration isn’t serious about fully implementing a law that could improve life for thousands of inmates and help many of them reduce their sentences. In the past, lawmakers have rejected Trump’s budget proposals, and they may decide to allocate more money to fund the First Step Act this year. But their track record isn’t great either: For the 2019 fiscal year, they didn’t budget any funds for the new law.

Trump’s fury on Sunday is further evidence that the president likely prioritizes the appearance of progress over, well, actual progress.

“Imagine being president of a whole country and spending your Sunday night hate-watching MSNBC hoping somebody—ANYBODY—will praise you,” Legend tweeted in response to the president’s attack. “Melania, please praise this man. He needs you.”

lol what a pussy ass bitch. tagged everyone but me. an honor, mister president.