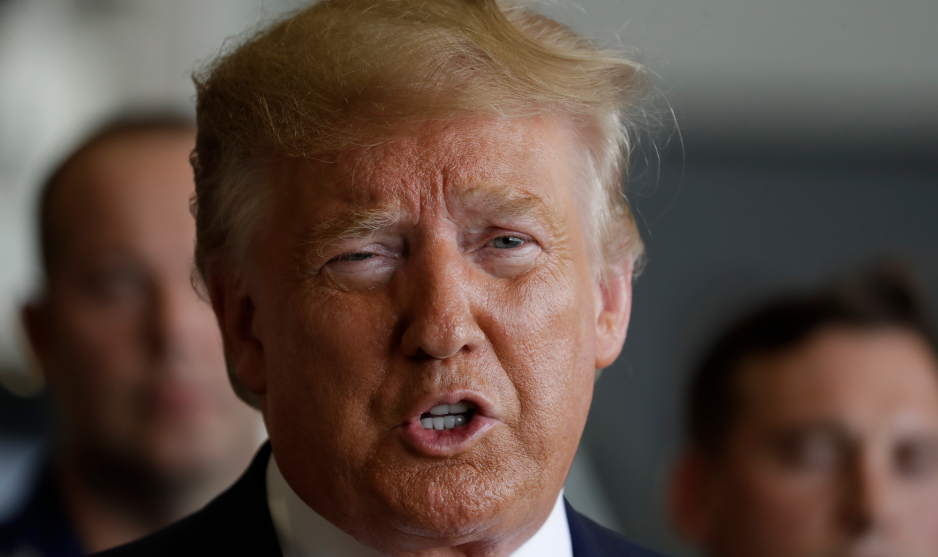 For indispensable reporting on the coronavirus crisis, the election, and more, subscribe to the Mother Jones Daily newsletter.
President Donald Trump on Monday appeared to confirm that he pressured Ukraine to investigate debunked corruption allegations against Joe Biden in exchange for releasing US military aid to the country. The comments came a day after the president vehemently denied the accusation of a “quid pro quo” arrangement between him and Ukrainian President Volodymyr Zelenskiy.
“We’re supporting a country, we want to make sure that country is honest,” Trump told reporters at the United Nations General Assembly. “It’s very important to talk about corruption. If you don’t talk about corruption, why would you give money to a country that you think is corrupt?”
Trump also said that the public would soon see “more honesty” from the Ukranian leader.
The remarks are the latest twist in the intensifying scandal over a July phone call between Trump and Zelenskiy in which he pressed the Ukrainian leader eight times to open a probe into discredited allegations against Biden and his son, Hunter, the Wall Street Journal reported. While Trump has repeatedly declared that the conversation was appropriate, even perfect, the conversation reportedly formed part of the basis for a whistleblower’s complaint filed by a member of the intelligence community. According to reports, the whistleblower found the contents of the call so egregious, that they filed a formal complaint to the inspector general.
So far, acting Director of National Intelligence Joseph Maguire has refused to provide details of the whistleblower’s complaint to Congress, even as Democrats demand more information and renew the push for impeachment over the stunning allegations. But as Maguire resists releasing the complaint, Trump and his personal attorney Rudy Giuliani have taken it upon themselves to divulge details of their effort to pressure Ukraine to launch an investigation aimed at tarnishing one of Trump’s Democratic rivals.

WATCH: Rudy Giuliani denies that he asked Ukraine to investigate Joe Biden, before admitting to Chris Cuomo seconds later: “Of course I did!” pic.twitter.com/flcierpKGu

The two men have also made clear that the end goal is to paint the Biden family as corrupt. “What Biden did was a disgrace,” Trump said at the UN on Monday. “What Biden’s son did was a disgrace.” Trump’s apparent effort to coerce a foreign power into meddling in the next presidential election has fueled condemnation from across the political spectrum.