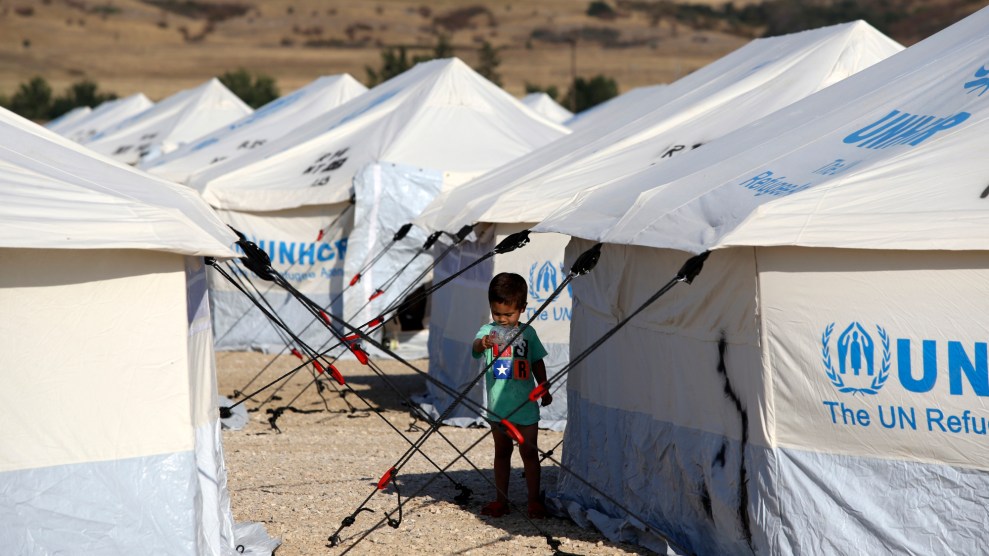 A migrant boy stands outside a tent at a refugee camp in northern Greece.Giannis Papanikos/AP

On Thursday, Donald Trump announced plans to allow no more than 18,000 refugees into the country in 2020, in conjunction with a new executive order to require explicit consent from state and local governments to receive refugees seeking resettlement.

“The Federal Government consults with State and local governments not only to identify the best environments for refugees, but also to be respectful of those communities that may not be able to accommodate refugee resettlement,” the executive order states.

The new policies are in line with Trump’s ongoing efforts to severely limit legal immigration. For comparison, the “refugee ceiling” for 2019—previously the lowest in American history—was 30,000 people; in 2017, the last year the limit was set by the Obama administration, it was 110,000.

As Buzzfeed News originally reported, that ceiling is broken down further into categories; 5,000 slots are “dedicated to those suffering religious persecution, 4,000 to Iraqis who assisted the US government, 1,500 to refugees from the Central American countries known as the “Northern Triangle,” and 7,500 for others. The official determination for refugees will be submitted by Trump after a consultation period with Congress.”

In the decades before Trump’s election, the United States admitted more refugees each year than all other countries combined. According to a Pew Research Study, refugee admissions into the US have dropped significantly under the Trump administration, but the number of refugees worldwide is at its highest threshold since World War II.

Refugees admitted into the US since 1980