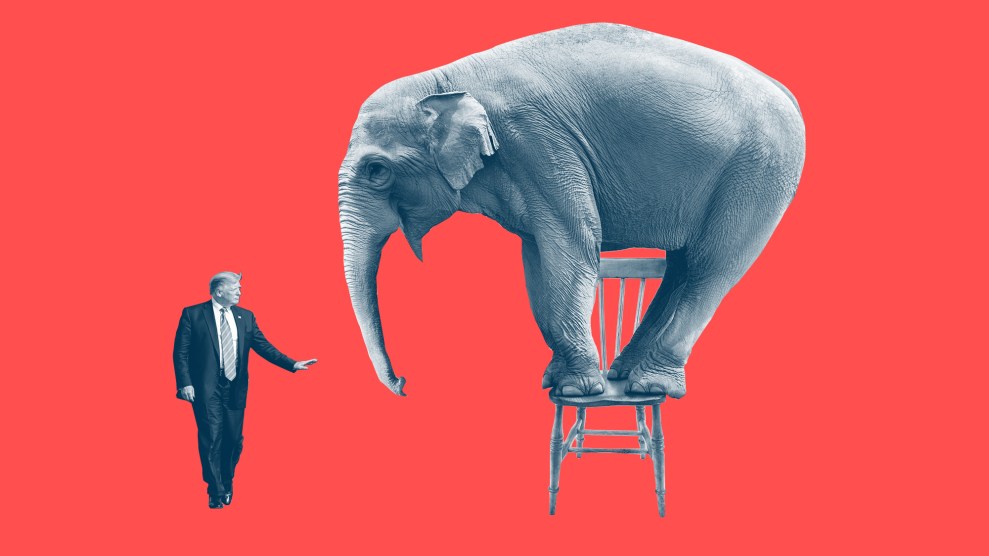 House Democrats are planning to issue another round of subpoenas after the White House on Tuesday formally announced its refusal to cooperate with Democrats’ demands for interviews and documents related to the Ukraine scandal. Those new subpoenas could come as early as today. Meanwhile, two of Rudy Giuliani’s associates who helped him in Ukraine were arrested on campaign finance violations.

Those concerns soared in the call’s aftermath, officials said. Within minutes, senior officials including national security adviser John Bolton were being pinged by subordinates about problems with what the president had said to his Ukrainian counterpart, Volodymyr Zelensky. Bolton and others scrambled to obtain a rough transcript that was already being “locked down” on a highly classified computer network.

“When people were listening to this in real time there were significant concerns about what was going on — alarm bells were kind of ringing,” said one person familiar with the sequence of events inside the White House, who, like others, spoke on the condition of anonymity to discuss a sensitive matter. “People were trying to figure out what to do, how to get a grasp on the situation.”

It is unclear whether some or all of the officials who complained to Eisenberg are also the ones who later spoke to the whistleblower.

3:07 p.m. ET: This video explains, in damning terms, the “illegal straw donor scheme” Giuliani’s allies are alleged to have taken part in:

US Attorney Jeff Berman (SDNY) details the scheme the Giuliani allies used to (allegedly) filter money from Ukraine to a GOP pac and congressman to push for the ouster of the US Ambassador to Ukraine. (Trump got rid of her). pic.twitter.com/k5FteorDqI

US attorney for the Southern District of NY, Geoffrey Berman, says Giuliani associates Lev Parnas and Igor Fruman were arrested at 6 pm last night at Dulles Airport about to board an international flight on one-way tickets.

"The defendants broke the law to gain political influence while avoiding disclosure of who was actually making the donations." https://t.co/Abcdr95Im9 pic.twitter.com/Nqj8GYJOl4

1:00 p.m. ET: Trump’s refusal to cooperate with House Democrats is all but guaranteeing that the impeachment inquiry is headed for the Supreme Court. Pema Levy explains why that’s a win for the president:

In almost every scenario, the president can expect victory. Even if he loses these cases at the Supreme Court, it may only be after a long judicial process that could run out the clock on impeachment, perhaps even past the 2020 elections. Even better for Trump would be if the court, guided by Chief Justice John Roberts, creates new precedent protecting the president, or decides the judicial branch shouldn’t get involved in impeachment decisions—a win by default that would allow Trump to continue to stonewall.

reached by text about arrests, Giuliani says "I can't comment at this point."

Re: arrest of Lev Parnas and Igor Fruman, Rudy Giuliani tells me “I can’t comment at this point” which may be a first.

Two foreign-born donors to a pro- Trump fundraising committee who helped Rudy Giuliani’s efforts to investigate Democrat Joe Biden were arrested late Wednesday on criminal charges of violating campaign finance rules and are expected to appear in court on Thursday, according to people familiar with the matter.

Lev Parnas and Igor Fruman, two Florida businessmen, have been under investigation by the U.S. Attorney’s office in Manhattan, and are expected to appear in federal court in Virginia later on Thursday, the people said. The men’s nationalities were unclear, though both were believed to have been born in former Soviet republics.

Mother Jones‘ Dan Friedman has some more background on Parnas and Furman, two key figures in the Ukraine scandal, as well as a look into Giuliani’s shady history with Ukraine.

9:10 a.m. ET: “Whoever their Pollster is, they suck,” Trump is now whining, after a Fox News poll on Wednesday showed a “record” 51 percent of voters now support his impeachment and removal from office.

From the day I announced I was running for President, I have NEVER had a good @FoxNews Poll. Whoever their Pollster is, they suck. But @FoxNews is also much different than it used to be in the good old days. With people like Andrew Napolitano, who wanted to be a Supreme….

8:45 a.m. ET: Trump might play a big game on Twitter, but privately, he’s been frantically calling up Senate Majority Mitch McConnell to make sure Republicans in Congress stick by him, according to CNN. Those reported phone calls happen as often as three times a day.

8:00 a.m. ET: A group of prominent conservative lawyers, including George Conway, have written a statement calling for Trump’s impeachment. The Washington Post has a preview of that document, which quotes the group saying: “We have not just a political candidate open to receiving foreign assistance to better his chances at winning an election, but a current president openly and privately calling on foreign governments to actively interfere in the most sacred of U.S. democratic processes, our elections.”

7:30 a.m. ET: “There was no blackmail; it was not the subject of our conversation,” Ukrainian President Volodymyr Zelensky told reporters at a press event on Thursday.