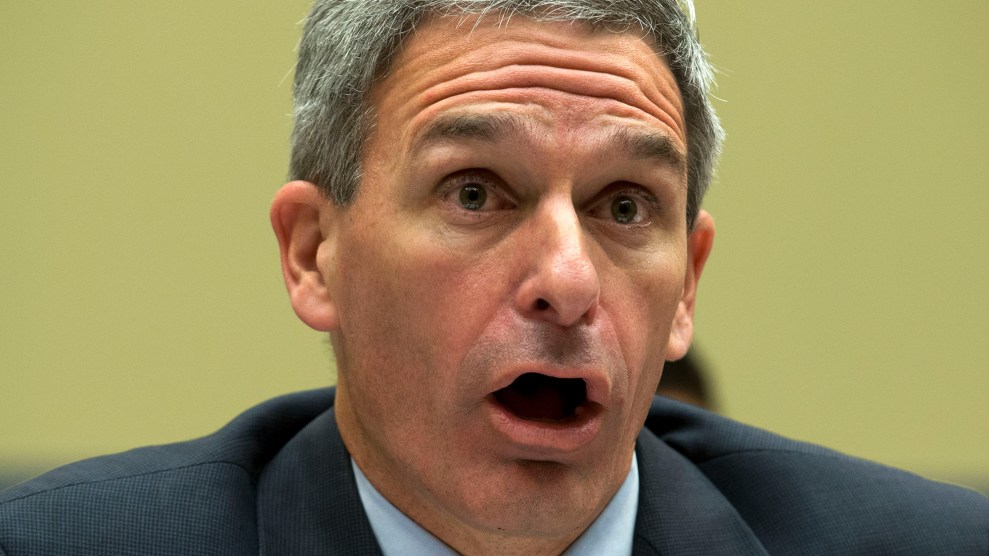 Ken Cuccinelli, whom President Donald Trump is considering appointing as homeland security chief using an obscure and legally dubious maneuver, admitted Wednesday that he made the controversial decision to subject critically ill immigrant children to deportation.

The rule change in question would have eliminated temporary protection from deportation for migrants in need of vital medical care. It was ultimately reversed amid public outcry.

Cuccinelli, an immigration hardliner currently leading US Citizenship and Immigration Services, made the admission under questioning from Rep. Ayanna Pressley (D-Mass.). In a heated back-and-forth during a House Oversight and Reform Committee hearing, Pressley pressed Cuccinelli on whether the White House—and Trump’s staunchly anti-immigration adviser Stephen Miller in particular—had a role in the rule change. Cuccinelli hedged but eventually responded in exasperation, “I made this decision. Alone.”

USCIS Acting Dir. Cuccinelli: That was my decision as the acting director.

Pressley: You stand behind that decision?

Cuccinelli: That decision has been reversed. pic.twitter.com/gdc62a9w6b

Pressley later tweeted, “Cuccinelli just told me under oath that he is the one that made the policy decision that put critically ill immigrant children at risk of deportation. One step closer to justice for these families.”

The Trump administration made the policy change in early August without notifying Congress, but after public outrage, USCIS said it would start processing requests for reprieve again in September. Cuccinelli has been instrumental in carrying out administration efforts to reduce legal immigration and promoting its crackdown on undocumented migration.