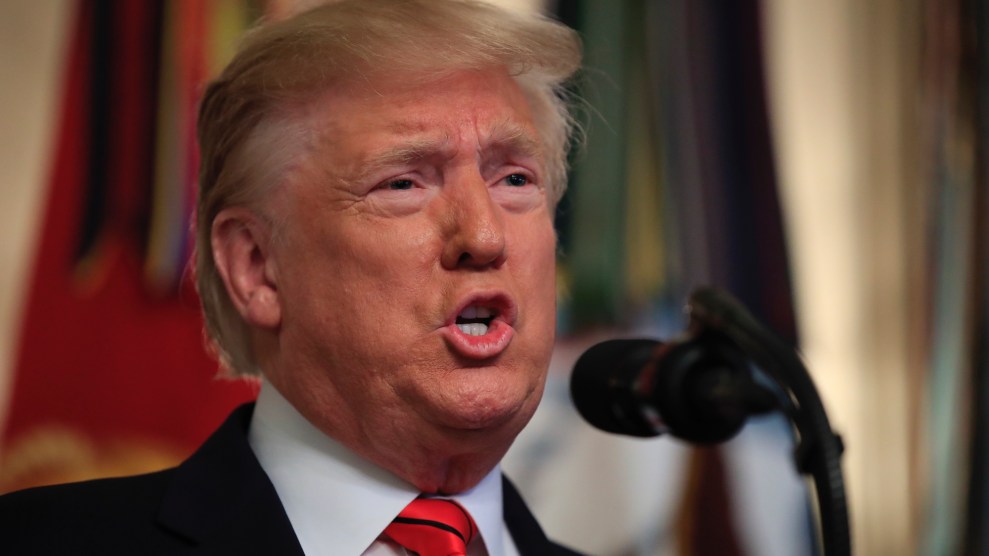 This morning, President Donald Trump announced that US special forces killed Abu Bakr al-Baghdadi, the founder and leader of the global terrorism group ISIS, in a raid in in northwestern Syria late Saturday.

“Last night, the United States brought the world’s number one terrorist leader to justice,” Trump said in a statement at the White House on Sunday morning. He said that killing Baghdadi had been “the top national security priority” of his administration. The president shared prepared remarks for 10 minutes before speaking off-the-cuff for 40 minutes as he fielded questions from reporters.

He called Baghdadi “the biggest one we’ve ever captured” and said that the ISIS leader had been a global threat “long before I took office”—a not-so-subtle dig at the Obama administration, which had killed Al Qaeda leader Osama bin Laden. Trump also took a moment to attempt to take credit for having identified bin Laden as a terrorist threat before 9/11. (He didn’t.)

Trump clearly relished describing the final minutes of Baghdadi’s life, which he had viewed with his top generals. “The thug who tried so hard to intimidate others spent his last moments in utter fear, in total panic and dread, terrified of the American forces bearing down on him,” Trump crowed. He said Baghdadi died “as a coward” who went “whimpering and crying and screaming all the way.” He explained that US special forces had entered Baghdadi’s compound and, after killing several of his allies, cornered him in an underground dead-end tunnel. Baghdadi then detonated an explosive vest he was wearing, killing himself and three of his young children who were in the tunnel with him. “I got to watch most of it,” the president said.

The president had previewed the news on Saturday night. “Something very big just happened!” he tweeted, igniting reports of Baghdadi’s death. President Trump told reporters on Sunday morning that “there was a very small group of people that knew about it,” none of whom where members of Congress, who he worried would leak the news. Russia wasn’t informed of the precise details of the attack, but had allowed US helicopters to fly over territory it controlled in Syria to carry out the mission.

Precisely how much this impacts the global fight against ISIS remains unclear. President Trump had already hailed the defeat of ISIS back in March, when American-backed forces had recaptured the last of the Syrian territory under ISIS control. But an August inspectors general report suggested the terrorist group had renewed its strength through fresh financial networks and new recruits in cells across Syria and Iraq. The report predicted that the the group’s regrowth would continue if the United States scaled back its involvement in the region. Dozens of ISIS prisoners are thought to have escaped following  the recent Turkish invasion of northeastern Syria and Trump’s announcement that the United States would withdraw most of its forces from the country.

“I don’t want to keep guarding Turkey and Syria for the rest of our lives,” Trump said on Sunday. “It’s very expensive, it’s very dangerous.”