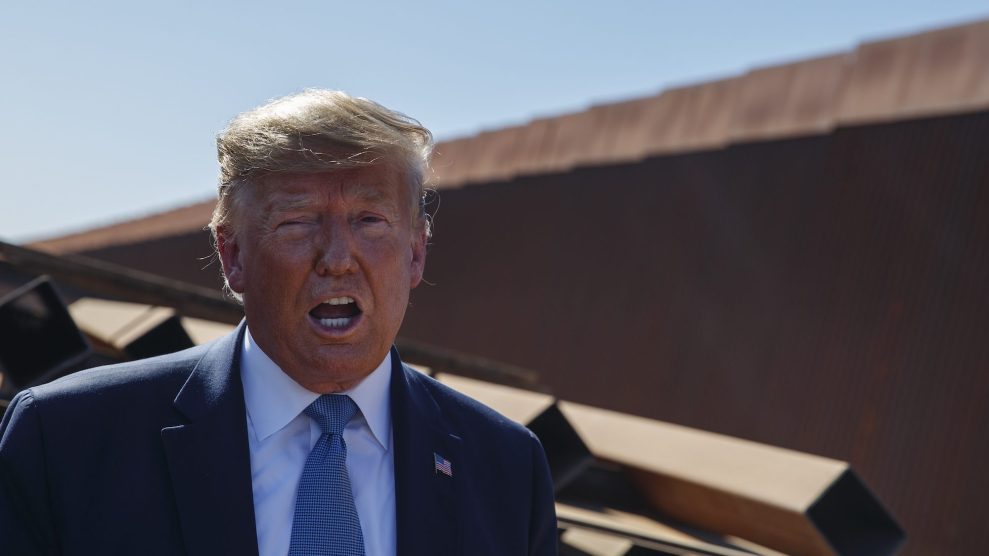 In September, the White House Council of Economic Advisers (CEA), an office within the executive branch that advises the president on economic policy, released a report titled “The State of Homelessness in America.” The report provided a snapshot of regional homeless populations, the factors contributing to the concentration of homeless people in certain areas, previous government policies that have exacerbated the problem, and “how the Trump administration is improving Federal efforts to reduce homelessness.” The report’s authors were quick to cast villains, placing the lion’s share of blame for the homeless epidemic on the policies from previous administrations, though, “higher shelter quality” and “tolerability of sleeping on the streets” by localities, they say, are also responsible.

The 41-page report contains these and more remarkable assertions for the causes of homelessness, including blaming the very regulations that are designed to protect people from predatory conditions in the housing market. One passage of the report sums it all up:

In the midst of this singular indictment of housing regulations, one of the most striking causalities made is the report’s depiction of the consequences of rent control. In a section that draws a connection between housing market regulations and hikes in housing costs, rent control—local government measures to make housing more accessible to low-income families and individuals—is apparently a root cause for the homeless epidemic. This seemed…peculiar, so I reached out to an expert to try to understand how rent control could possibly be tied to increased homelessness.

“Rent control could be a preventative measure for people on the margins. That’s the other way that rent control policies are most definitely not causing homelessness, from a prevention standpoint.”

I talked to Peggy Bailey, vice president of housing policy at the Center on Budget and Policy Priorities, who explained two ways in which the CEA argument is completely wrong. First, she says, rent control as public policy relates to housing accessibility for populations teetering on the threshold of being able to afford rent or just falling short. “They’re made to help provide affordable housing for people at lower income housing, but not the lowest level,” Bailey says. She points out that the homeless aren’t typically a single tax credit—or one favorable housing market shift—away from getting housing. They need assistance that is much more comprehensive. Second, Bailey continues, “Rent control could be a preventative measure for people on the margins. That’s the other way that rent control policies are most definitely not causing homelessness, from a prevention standpoint.” In fact, rent control neither cures nor increases homelessness, but its existence probably prevents the crisis of homelessness from reaching more severe proportions.

Clearly, any report that highlights the Trump administration’s attempt to take a lead role in the battle against homelessness seems political in its focus, even though the CEA is “charged with offering the President objective economic advice on the formulation of both domestic and international economic policy.” As Bloomberg columnist Jonathan Bernstein wrote for the New York Times, “The whole point of having [CEA] is to get ‘neutral’ analysis, which the president can then take or leave as he or she sees fit.” But a quick look at the titles of some of the recent CEA reports, like “President Trump’s Policies Continue to Benefit All Americans, Especially the Disadvantaged” or “Prescription Drug Prices Are Falling at Historic Levels Thanks to Trump Administration Policies,” show that likely isn’t the case in the Trump administration.

Currently, CEA has an acting chair, Tomas Philipson, a career economic adviser who previously worked for the Bush administration and John McCain’s presidential campaign. Bernstein points out that an acting CEA head limits the agency’s ability to act decisively and quasi-independently. “Using an acting chairman will no doubt make that person less secure in the job and less likely to be forthright,” he writes. Philipson may just echo Trump’s expectations, torpedoing any chances of sound bias-free economic advice.

The timing of the report on homelessness may have inspired Trump’s unexpected preoccupation with homelessness in California. The state is mentioned throughout the report, and it was released in September, the same month he paid a visit to San Francisco and Los Angeles. If the report’s finding inspired the president’s focus on homelessness in California is unclear. But on September 18, the president claimed that homelessness in San Francisco threatened to pollute the city’s water supply. In early October, the Environmental Protection Agency wrote to the state charging that San Francisco was in violation of the Clean Water Act. At the time, Eric Schaeffer, former director of civil enforcement at the EPA and current executive director of the Environmental Integrity Project, said in a statement, “A regulatory agency’s enforcement authority is not supposed to be used as a political weapon, which is obviously happening here.”