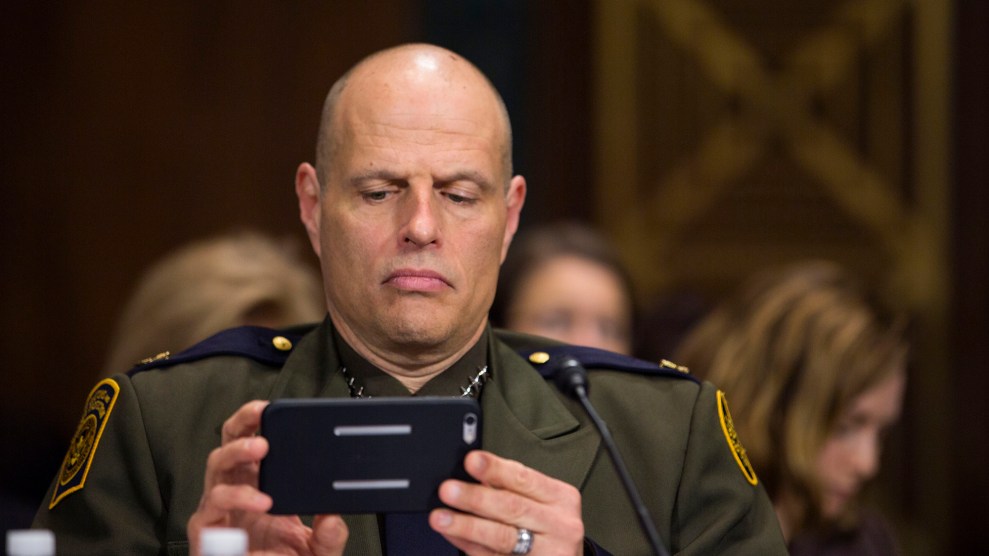 Ronald Vitiello, then the deputy chief of US Border Patrol, reads from his cell phone during a Senate Judiciary Committee hearing in 2016.Al Drago/CQ Roll Call

The government can no longer search international travelers’ cell phones and other personal devices at whim, a federal court ruled Tuesday.

The ruling followed a lawsuit filed by the American Civil Liberties Union and the Electronic Frontier Foundation, a technology civil liberties group, on behalf 11 travelers (10 US citizens and one permanent resident) whose phones and laptops were searched as they were coming into the United States. The searches were conducted without warrants and without suspicion of the travelers.

Customs and Border Protection and US Immigrations and Customs Enforcement had previously been operating, in at least some cases, as though they did not have to obtain warrants or have reasonable cause for suspicion of travelers coming back into the country before searching their devices. Advocacy groups called that a violation of the Fourth Amendment prohibition on unreasonable searches and seizures.

“This ruling significantly advances Fourth Amendment protections for the millions of international travelers who enter the United States every year,” Esha Bhandari, a staff attorney with the ACLU’s Speech, Privacy, and Technology Project, said in a press release.

The searches are a part of the Department of Homeland Security’s broader recent pattern of encroaching on civil liberties. The agency has also begun searching the social media profiles of travelers entering the United States.

The border has been a hotspot for civil liberties violations. Border Patrol officials have a lengthy and documented history of flagrantly violating constitutional rights and protections. They’ve wrongfully detained Americans at the border and pushed for increased surveillance of Americans travelers, all with near impunity. Tuesday’s ruling, in a federal court in Boston, means they’ll have to start operating within some constraints.