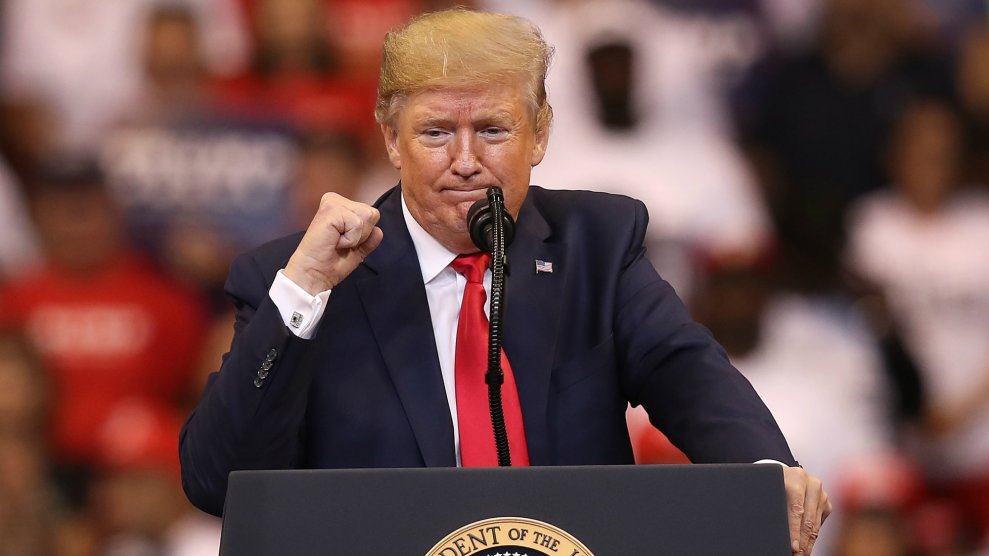 The White House has one week to decide to decide if it will participate in the impeachment inquiry hearings. In a Friday letter, Rep. Jerry Nadler (D-N.Y.), the chairman of the House Judiciary Committee, informed Donald Trump that the committee will be considering obstruction of justice charges against the president, and that he must notify Congress by December 6 if he plans to mount a defense or call witnesses.

“Please provide the committee with notice of whether your counsel intends to participate, specifying which of the privileges your counsel seeks to exercise,” Nadler wrote. The letter comes after two weeks of explosive impeachment hearings in the House which included testimony from  Bill Taylor, Lt. Col. Alexander Vindman, Fiona Hill, and Gordon Sondland.

The House moved to begin impeachment proceedings against the president after news broke that Trump asked Ukrainian President Volodymyr Zelenskyy to investigate former Vice President Joe Biden and his son, Hunter in exchange for foreign aid.

dDespite confessing to the quid pro quo, Trump has continued to refer to the hearings as a “hoax” or a “witch hunt.” Impeachment hearings will resume on Wednesday.