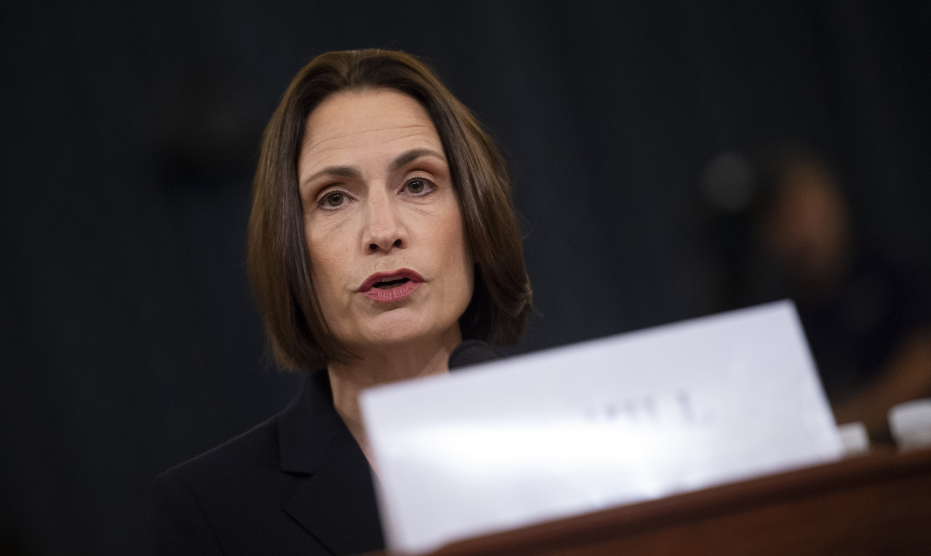 Fiona Hill’s opening statement before the impeachment inquiry on Thursday, as we noted earlier this morning, made clear that she had zero intention of entertaining President Donald Trump’s debunked theory that it was Ukraine—not Russia, as US intelligence agencies have concluded—that interfered in the 2016 presidential election.

“This is a fictional narrative that has been perpetrated and propagated by the Russian security services themselves,” Hill said reading from her prepared remarks, an unambiguous condemnation of Republicans who have dutifully parroted the discredited theory in their efforts to shield Trump’s culpability for attempting to tie aid to Ukraine with the investigation of his political rival that triggered the impeachment inquiry.

What immediately followed was perhaps even more damaging for Republicans. During a line of questioning by Rep. Adam Schiff (D-Calif.), Hill carefully outlined the ongoing harm such debunked theories can have on the future of democracy in the US, particularly as we careen toward the next presidential election. “One issue that I do want to raise, and I do think that would resonate with our colleagues on the committee from the Republican party, is that the goal of the Russians was really to put whoever became the president by trying to tip their hands on one side of the scale under a could,” Hill said. She continued in a clear warning to Republicans, “I just want to emphasize that we need to be very careful as we discuss all of these issues not to give [Russia] more fodder that they can use against us in 2020.”

As more Americans express fatigue and distrust with what’s coming out of Washington, the exchange was something of a clarion moment for these public hearings that both called out Trump’s allies and went to the heart of how destructive the Ukraine scandal continues to be for the country’s democratic system of government.

"The Russians' interests are frankly to delegitimize our entire presidency," Hill says of Russia's push of narrative that Ukraine tried to interfere in 2016 election. https://t.co/OVa306iBP7 pic.twitter.com/8AYhhJ2Hiu