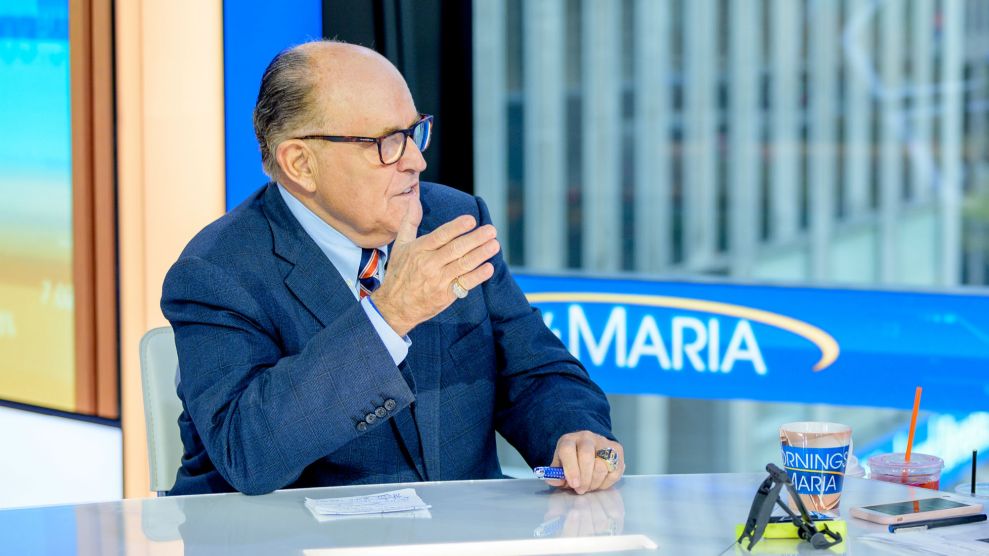 In testimony before the House Intelligence Committee on Wednesday, Gordon Sondland, the US ambassador to the European Union, named Rudy Giuliani as the key player in President Donald Trump’s scheme to force Ukraine to announce investigations into Joe Biden and supposed involvement in the 2016 election. Giuliani is also reportedly under investigation by the office of US Attorney in the Southern District of New York, which he once ran.

But Giuliani, Trump’s personal lawyer, has not quit his pursuit of the investigations that landed him in this predicament. In an interview with Glenn Beck on BlazeTV later in the day on Wednesday, Giuliani continued to tout allegations by former Ukrainian Prosecutor General Viktor Shokin, who was forced out of his job in 2016 under pressure by then-Vice President Biden and officials from European states who believed Shokin was corrupt.

Giuliani complained that the State Department has refused to grant visas to Shokin and “four or five other parliamentarians” in Ukraine “who are ready, willing and able to testify” about “bribery” by Biden and “collusion” between Ukrainians and Democrats in 2016.

The former New York mayor told Beck he would give the host the names of these officials. “I was in contact with two of them today” Giuliani added.