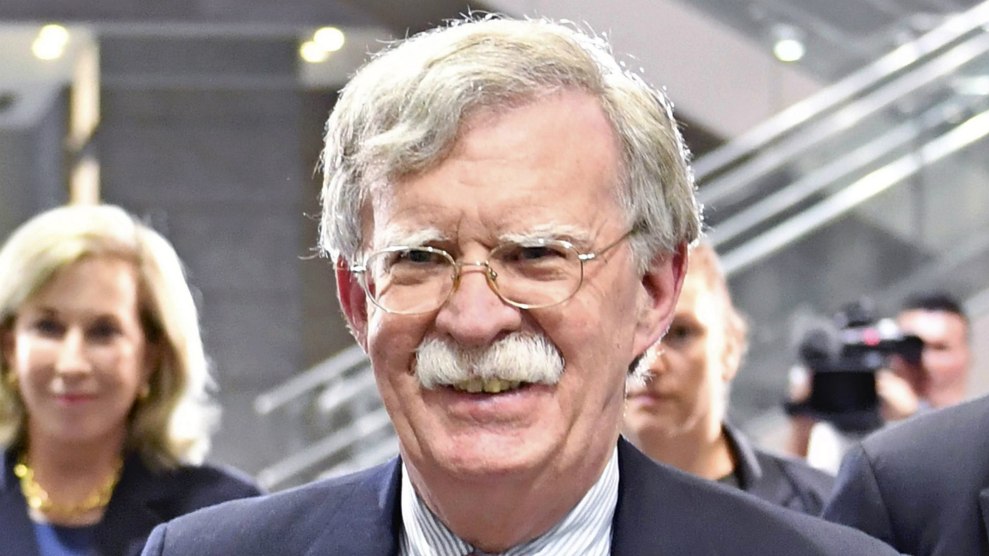 The Yomiuri Shimbun via AP Images

It remains unclear if House Democrats will be able to get Donald Trump’s former national security adviser John Bolton to testify in their impeachment inquiry. Bolton has said that if a judge rules he can ignore a White House order to keep quiet, he would appear before Congress. But the Associated Press reported on Saturday that Bolton has signed a multi-million dollar book deal. Even if Trump can keep his mustachioed former aide out of the witness seat, it looks like he’s going to join a long list of former White House advisers to tell the inside story.

According to the AP, Bolton got a $2 million advance from Simon & Schuster, and while it’s not clear what he will say in the book, the price tag suggests it will be a pretty juicy story.

Bolton once would have been an unlikely candidate to be either the Democrat’s potential star witness or the author of a Trump tell-all. For years, he has had a reputation as one of the most conservative and hawkish Republicans in Washington, from his work as ambassador to the United Nations under the Bush administration to serving Trump in the White House. But he and Trump clashed often over Bolton’s mistrust of Trump’s favorite dictators in Russia and North Korea. And Bolton was reportedly horrified at Trump’s attempts to force the Ukrainians to carry his political water. According to other witnesses who have testified before the Democratic impeachment inquiry, after catching wind that EU Ambassador Gordon Sondland and White House acting chief-of-staff Mick Mulvaney had discussed the plot to pressure Ukrainian president Volodymyr Zelensky, Bolton snarled “I am not part of whatever drug deal Sondland and Mulvaney are cooking up.”

The news of Bolton’s book deal comes the day after his attorney dropped hints that his client knows a lot more about the president’s efforts in Ukraine than has previously been revealed. Bolton was scheduled to give a deposition to House Democrats on Thursday but didn’t show up. The White House has ordered former staffers to not cooperate, but Biden’s attorney has said that Bolton will testify anyway, if a judge settles the dispute between the executive and the legislative branch.