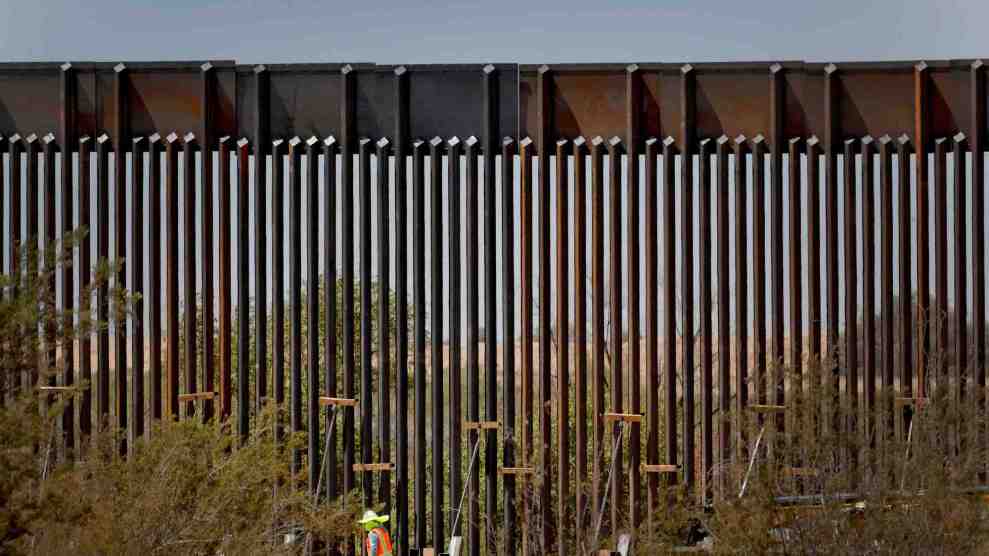 Earlier this year President Donald J. Trump, the noted classicist and civil engineer, told an audience assembled near the Mexican border that millennia of human history has shown that “there are some things that work…and a wall works. Nothing like a wall.”

Alas, a new report from the Washington Post suggests that Trump’s vaunted border wall is… not a thing that works. This should come as no surprise—as long as there have been walls, there have been people going around, over, under, or through them. According to Border Patrol agents and construction experts familiar with the barrier, Trump’s new wall design doesn’t sound hard to overcome, as people have already proven, again and again:

The breaches have been made using a popular cordless household tool known as a reciprocating saw that retails at hardware stores for as little as $100. When fitted with specialized blades, the saws can slice through one of the barrier’s steel-and-concrete bollards in a matter of minutes…smugglers can push the steel out of the way, allowing an adult to fit through the gap. Because the bollards are so tall—and are attached only to a panel at the very top—their length makes them easier to push aside…

Administration officials argue the wall still provides a helpful barrier in conjunction with remote monitoring and boots on the ground, but no one expects that it will stop smugglers from illegally crossing.

“The cartels will continue to innovate, and they’re not just going to leave San Diego because the wall gets better,” says Ronald Vitiello, a former chief of U.S. Border Patrol and acting director of Immigration and Customs Enforcement, told the Post.

Joshua Holmes, a Border Patrol agent and union official, agreed, telling the paper: “What happens any time some barrier is thrown up in front of a business is they adapt, and that’s all they’re trying to do.”