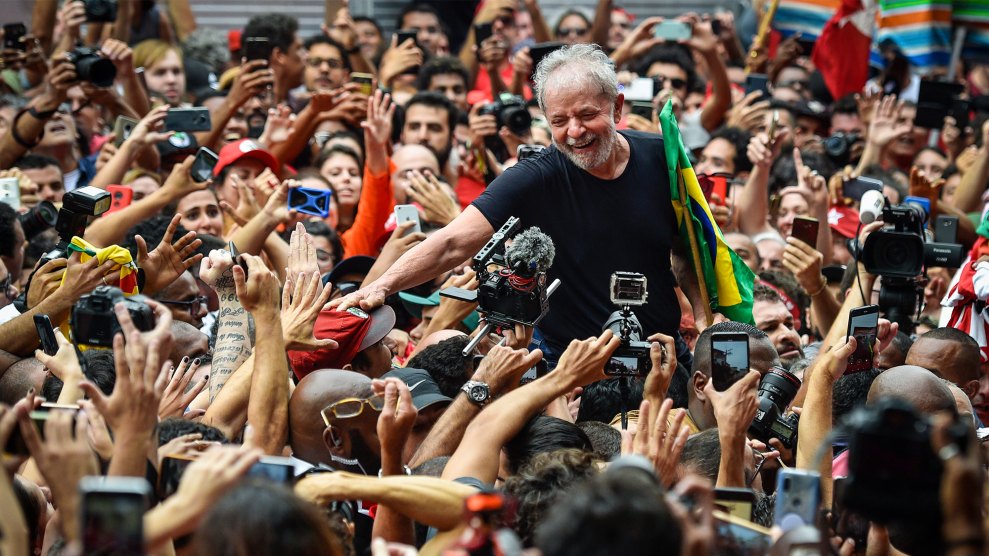 “I want to tell them I’m back,” said Lula, as he is known, in a 45-minute speech to cheering supporters in front of a metalworkers union headquarters in São Bernardo do Campo.

The 74-year-old was imprisoned in 2018 after being found guilty of receiving bribes for public contracts. Lula has denied those charges, saying he was the victim of political persecution. “They didn’t arrest a man,” he said Friday after a judge ordered his release, “they tried to silence an idea and ideas don’t go away.”

And then Lula dropped a sizzle reel on Twitter.

Lula has received support on Twitter from leaders all over the world, including Democratic presidential hopeful Bernie Sanders.

As President, Lula has done more than anyone to lower poverty in Brazil and to stand up for workers. I am delighted that he has been released from jail, something that never should have happened in the first place. https://t.co/UNZZqjjMVF

Lula served as Brazil’s president from 2003 to 2010 and left the presidency with “sky-high approval ratings.” He won’t be able to run for office until 2025 because of Brazil’s so-called “clean record” law, which prevents candidates from running for public office for eight years if they’ve lost their political jobs because of corruption, but he’s already planning his political comeback.

Meanwhile, Bolsonaro asked his followers on Twitter not to give ammunition to “the scoundrel.”