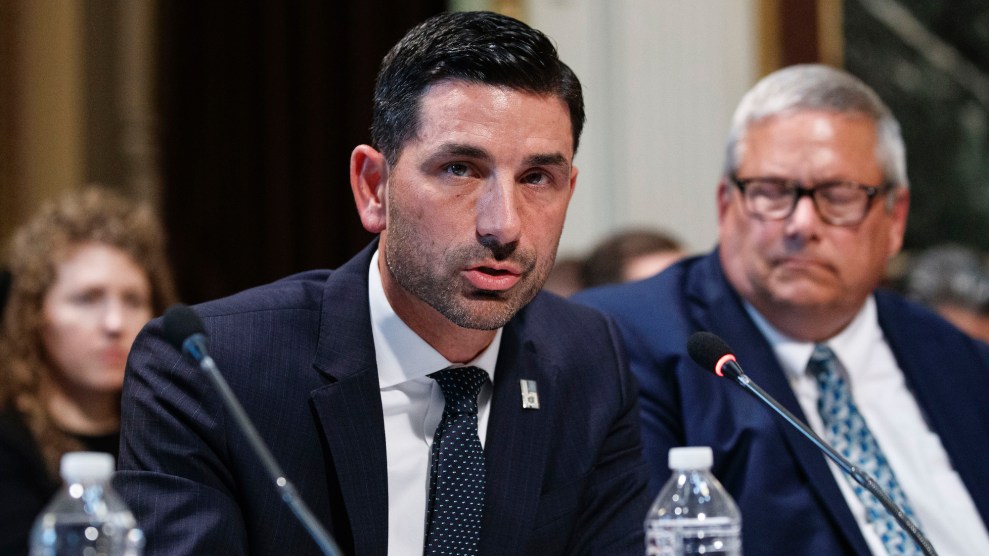 In April, President Donald Trump got rid of Homeland Security Secretary Kirstjen Nielsen after finding her to be weak and ineffectual. A half-year later, Nielsen’s replacement is on his way out, and Trump’s apparent pick to replace him is…Nielsen’s former chief of staff.

Trump almost certainly doesn’t want Chad Wolf, a mostly unknown former lobbyist in charge of DHS’s policy office, running the Cabinet department most responsible for carrying out his attacks on immigration. The problem is that he doesn’t have much of a choice. He’s been so negligent about appointing people to run DHS that there’s no one to his liking in the line of succession. Nine of the 11 top DHS positions are vacant. If Trump had bothered to nominate people and pushed the Senate to confirm them, he could have chosen among them for acting DHS chief.

But the rules require him to pick someone already confirmed by the Senate, in the line of succession, or having served at least 90 days under the previous secretary. His top hardline picks don’t meet those criteria, and so he’s stuck with Wolf.

Since its creation, in 2002, the Department of Homeland Security has had six heads: two governors, a federal judge, the top lawyer at the Department of Defense, a four-star general, and Kirstjen Nielsen, who took over in December. Compared to her predecessors, Nielsen’s résumé is conspicuously thin. Prior to joining the Trump Administration, she was a little-known cybersecurity consultant with no major management experience. “In a normal Administration, there isn’t a chance in hell she would get nominated for anything above an undersecretary job,” a former national-security official, who served under George W. Bush, told me.

Acting US Citizenship and Immigration Services Director Ken Cuccinelli, whose Twitter feed is a case study in nativist fearmongering, would have been more to Trump’s liking as a DHS secretary. But he’s not eligible to run DHS on an acting basis without using a loophole that would invite legal challenges. The same goes for the the also acting commissioner of Customs and Border Protection, Mark Morgan, who got his job by talking tough on immigration on Fox News. (Trump is reportedly considering nominating Morgan to replace Wolf on a permanent basis, if he can be confirmed by the Senate.)

So that leaves Trump with Wolf, who once lobbied on behalf of immigrants working in the tech industry. As Wolf emerged as a candidate to run DHS, RJ Hauman, the government relations director at the anti-immigration Federation for American Immigration Reform, told Politico, “President Trump can choose to be on the side of his base and American workers, or throw in his lot with the swamp” by picking Wolf. Trump is going with the swamp. But unlike with, say, corporate tax cuts, it’s not because he’s pulling fast a one on his base. In this case, it’s just sheer incompetence.